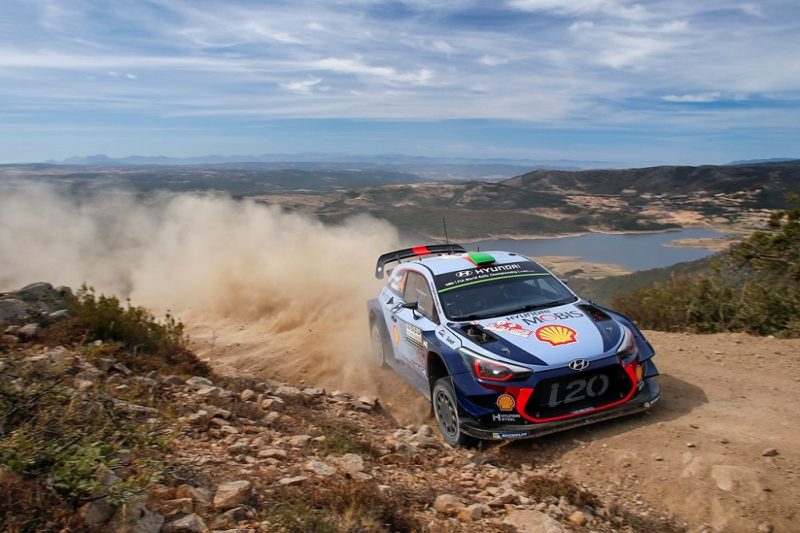 Hayden Paddon has declared himself ‘fighting fit’ for this weekend’s round of the World Rally Championship in Italy after his last start ended with a trip to hospital.

Paddon led Rally de Portugal before crashing on the second run through the Ponte de Lima stage (Special Stage 7) on the Friday afternoon.

The New Zealander had driven wide of a rock on the inside of a right-hand corner bend but ended up in a ditch on the outside, causing significant damage to his Hyundai i20.

The jarring impact also left Paddon with lower back pain and he was airlifted to a hospital in Porto as a precaution before being released the following day.

“First of all, I am feeling fighting fit after the incident in Portugal and I’m ready to get back down to business,” said the 31-year-old.

“Up to that point, we were able to show a competitive level of performance, taking a stage win and battling for the lead.”

Paddon, whose preferred surface is considered to be gravel, has runs on the board in Rally Italia Sardegna.

He achieved a maiden WRC podium in the 2015 edition and was leading there last year before a self-confessed “schoolboy error” saw him break his Hyundai on an embankment.

“Rally Italia Sardegna is certainly one of the highlights of the year, located in the Mediterranean with sunny conditions and hot temperatures,” the Canterbury native explained.

“The stages are very twisty and challenging. It is a rally I enjoy, and from where I have good memories.

“I scored my first WRC podium there in 2015 and led the rally in 2017. I would like to finish off what we started last year.”

Paddon was not the only driver to crash out of a high-attrition rally in Portugal.

Sebastien Ogier lost the championship lead to eventual rally winner Thierry Neuville when the Frenchman crashed the #1 M-Sport Ford Fiesta on the Friday.

Kris Meeke was dumped by Citroen after he ran into trees and destroyed the cabin of the #10 C3.