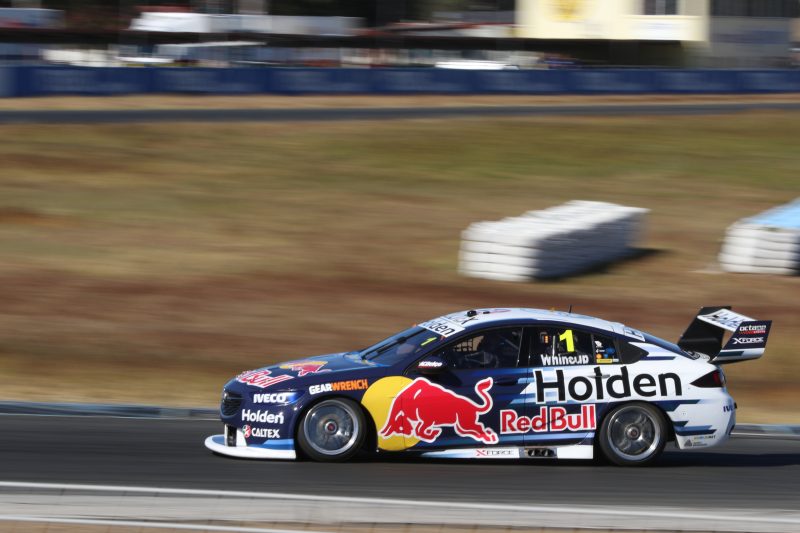 The factory Holden squad headed to Ipswich with an optimistic list of objectives to complete across its three cars as it bids to further understand its new ZB Commodore.

All three cars ran faultlessly through what was hailed as critical first in-season test for the squad as it looks to close in on the current pacesetters Shell V-Power Racing, who were also present at the circuit.

After scoring five races wins in rounds at Adelaide, Albert Park and Symmons Plains, the squad has gone six races without a victory having struggled to find the sweet spot with the new aero package.

Veteran Steven Richards was also on hand to log laps in the Autobarn Lowndes Racing entry he will share with Lowndes for the upcoming Pirtek Enduro Cup.

While the team perhaps didn’t log as many laps compared to previous tests, completing its objectives has provided the squad with plenty of data and gains, according to Dutton.

“All three cars, it was really positive,” said Dutton.

“We had clear goals. Sometimes you come out of a test day with more questions than answers.

“That didn’t seem to be the case today.

“If something is worse, that’s an answer as well. It doesn’t have to be better to be an answer.

“I think we’ve definitely found some gains, it’s just whether they translate to other tracks.

“We just chose to do some set-up changes that took longer. 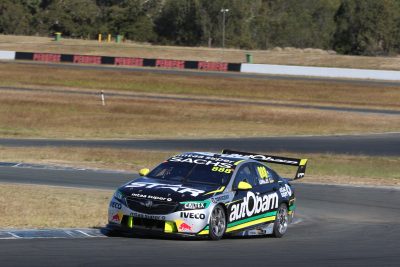 “You do them any time, but with a new model, you want to do some of those bigger changes that you don’t do when you’ve had the model for three-plus years.

“Even though there was less, it was still a lot.

“You always want the quality. But looking at the test sheets, we didn’t think we’d necessarily get through them all, but all three ran faultlessly, which was a credit to everyone preparing the cars.

“That’s your killer of a test day. If you have a little rattle, vibration or failure, bang, you drop an hour or two, whereas today, nothing went wrong.

“There wasn’t a single mechanical issue, which meant we could get through our very optimistic list of things, albeit the cars were sitting here for longer because they were big changes, but I’m surprised we got through what we did. It was fantastic.”

While surprised to complete its extensive test program, Dutton stresses it is hard to tell if the gains will be translated to other circuits without undertaking a thorough analysis of the data.

“One of the tricks that comes out of a day like today, which was so positive, is you can throw everything on the car,” he said.

“Especially when you’ve got three cars, there’ll be some overlap of ‘we found this was good, we found that was good’.

“(It’s a situation of) ‘can you put this and that on everyone’s car, or do we still go in different directions?’

“There’s still lots of questions to come out of today and then trying to get some answers for Darwin.

“But we should be positive. It was a really good test day.”