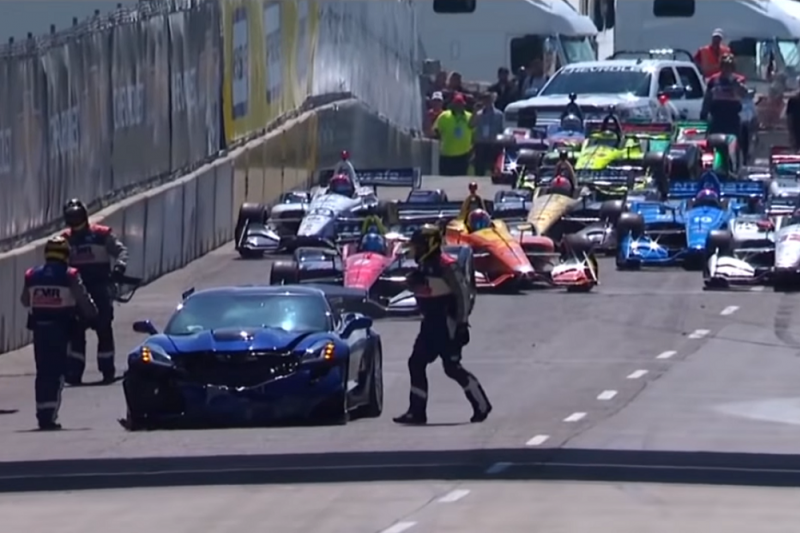 The second race of the Chevrolet Dual in Detroit was delayed after the pace car was crashed while leading the field onto the track before race start.

General Motors executive Mark Reuss, a former Holden managing director, was behind the wheel of the Chevrolet Corvette when he lost control over the rise exiting Turn 2 as the field began the drive around to the grid. 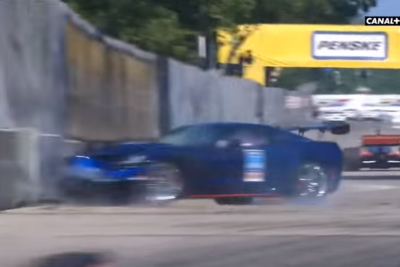 The moment of impact pic: Canal+

The car made heavy front-end contact with the wall on driver’s left before coming to rest facing circuit direction.

Pole-sitter Alexander Rossi drove past the scene but the remainder of the 23-car field pulled up short of the incident.

Reuss and passenger Mark Sandy, an IndyCar staffer, were uninjured, but the 22 IndyCars parked behind had to be restarted one-by-one before they returned to pit lane.

Regular pace car driver Oriol Servia, who raced in the Indianapolis 500 the weekend prior, was subsequently assigned to duties in a back-up pace car.

The race finally started after a delay of around 40 minutes, and is coming to a finish now.