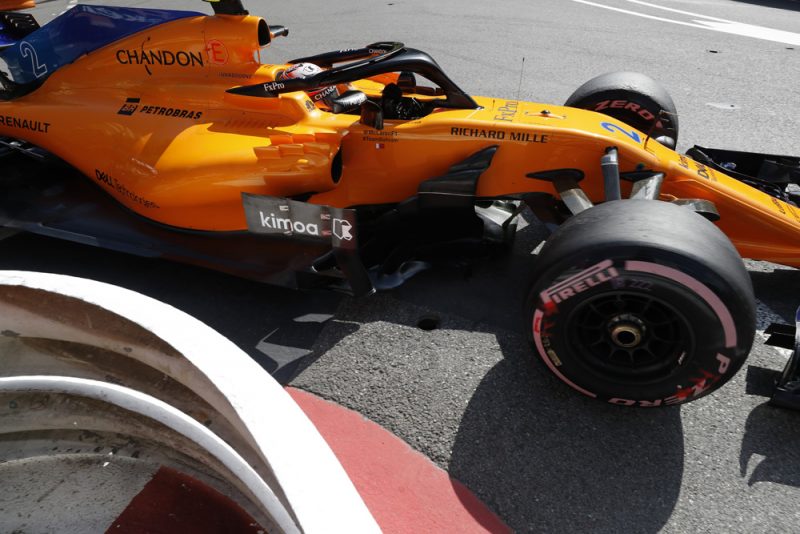 The British squad has signed a number of deals over recent months, and while it doesn’t currently carry a title sponsor Brown says the team is looking to build revenue through other streams.

“It’s not that straightforward or simple,” Brown told Formula 1’s official website when asked why the flanks of the orange McLaren were largely empty.

“There’s two ways of looking at it. We’ve announced more deals than anyone else. Right, so you can go half empty, half full.

“Half full is that we’ve done sponsorship deals with Petrobras, Dell and CMBC.

“HTC is more of a licencing deal because I want to build on McLaren brand licencing,” he added.

“We do a fraction of what we should be doing and I think we can do a lot more things with our brand, so that’s part of that building process.”

Brown likens the number of new signings to gaining performance on track, suggesting the team has made progress but the lofty expectations fans hold for the team mean that gets overlooked.

“But if you look down the grid, Ferrari did one deal, Mercedes has traded one deal, Boss for Hilfiger, Williams are losing Martini… And we’ve done four or five deals.

“From that standpoint, it’s kind of like we’ve gone from tenth in the championship to fifth. But everyone was expecting us to be second.”

Fernando Alonso’s fifth at the Australian Grand Prix in March remains the team’s best result of the 2018 season.

McLaren currently sits fifth in the constructors’ championship with 40 points, six back from Renault.