Walkinshaw Porsche on pole for PI101

Walkinshaw Porsche on pole for PI101 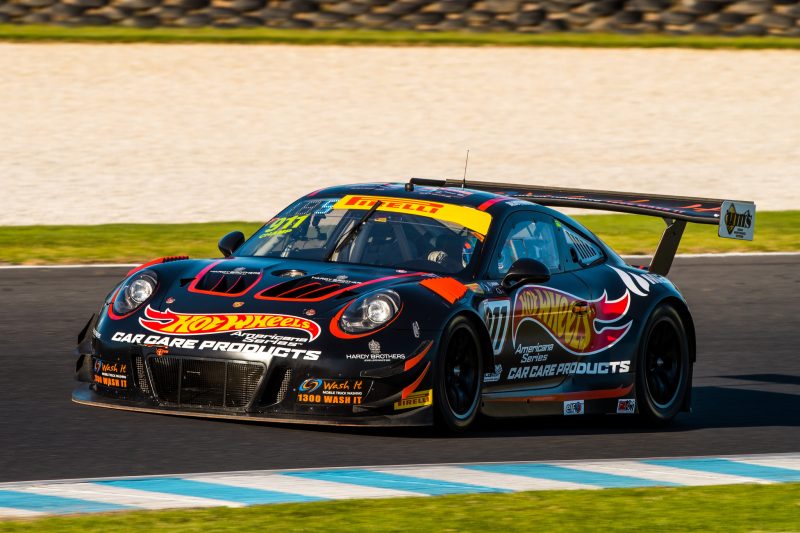 The Walkinshaw GT3 Porsche of Liam Talbot and John Martin

The Walkinshaw GT3 Porsche of Liam Talbot and John Martin is on pole for tomorrow’s Phillip Island 101 from pole position, while Shane van Gisbergen and Duvashen Padayachee start last.

Talbot/Martin will share the front row with the #100 Team SRM BMW M6 of Steve Richards and Michael Almond after the latter was fastest in Qualifying 2.

Martin missed out on the fastest lap in Qualifying 1, which featured the field’s heavy hitters, by just 0.02s and Talbot was third-quickest in Q2 but their average time in the #911 Porsche 911 GT3 R was the best.

Talbot currently leads the Australian GT Championship, which is comprised by the sprint rounds and three Australian Endurance Championship rounds, of which this is the second.

Row 2 will be an all-Audi affair after Garth Tander/Geoff Emery were third-fastest in the #1 Jamec Pem R8 LMS and Daniel Gaunt/Tony Bates fourth-fastest in the #24 KFC R8 LMS.

Lining up alongside will be the #3 Ah Apartments Audi R8 LMS of Ash Samadi and Dylan O’Keeffe, the latter of whom topped Qualifying 1.

Leading the GT4 contingent were Jeremy Gray/Andrew Miedecke in 16th in the #67 JMG Aston Martin Vantage.

An oil drive issue sidelined the #58 YNA Autosport McLaren 650S from either qualifying session, meaning the car piloted by van Gisbergen and Padayachee will start from the rear of the grid.

The AEC field will warm up tomorrow at 1005 local time/AEST before the race starts at 1315.

The live stream will be available on Speedcafe.com.