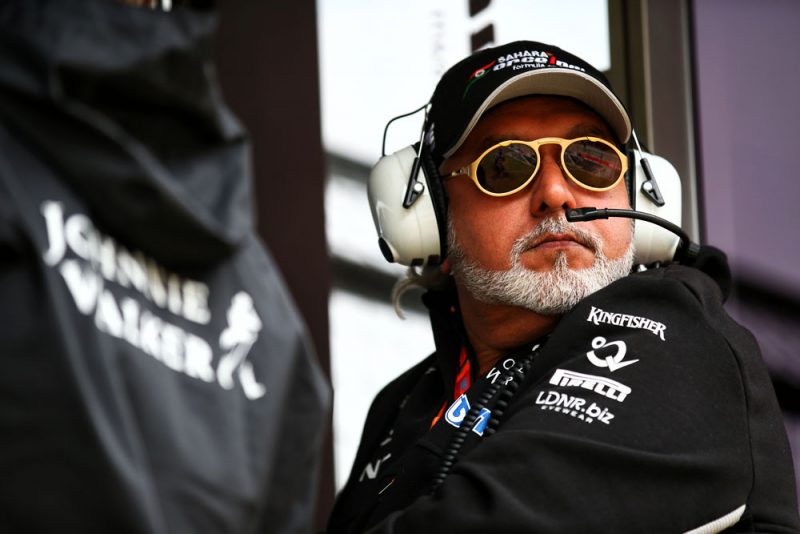 Force India team owner Vijay Mallya has stepped down as the squad’s director, but is set to remain on as team principal.

The Indian businessman is currently fighting extradition to India for fraud and money laundering.

Mallya purchased the team, which was previously known as Spyker (and before that Jordan and Midland) in 2007.

The team took on additional shareholders in 2011, with Subatra Roy Sahara being appointed co-owner and chairman.

More recently it has been the subject of speculation over a possible name change, with the team looking to broaden its appeal more globally.

Though stepping down as director, Mallya will remain team principal, while his son will step into the vacated role.

Force India currently sits sixth in the constructors’ championship, Sergio Perez’s third in Azerbaijan its best result of the season.