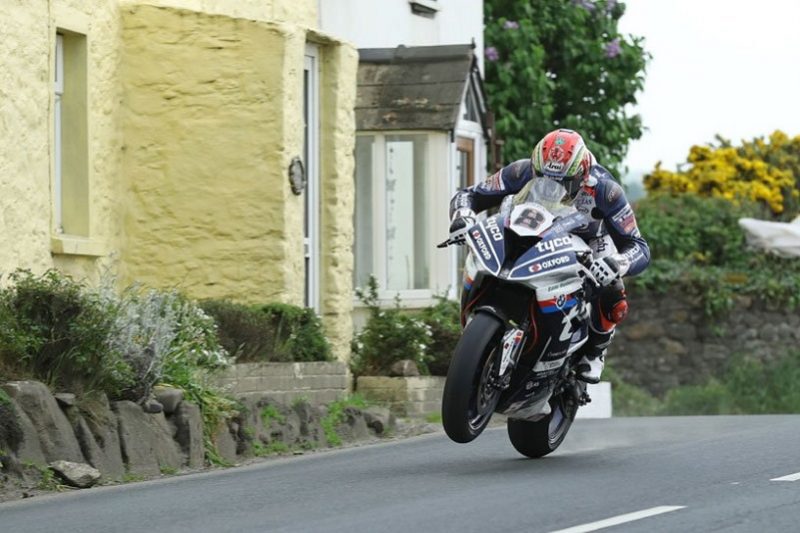 Dan Kneen has died after crashing during a qualifying session for Superbikes at the Isle of Man TT.

The 30-year-old lost control of his Tyco BMW around the Churchtown section of the circuit in an incident which caused a tree to catch fire.

“ACU Events Ltd regrets to confirm that Dan Kneen, 30, from Onchan in the Isle of Man died this evening following injuries sustained during the Superbike qualifying session on the Isle of Man,” read a statement issued by organisers.

“Dan had an accident at Churchtown on the first lap of the session and died at the scene of the incident.

“Dan made his mountain course debut at the Manx Grand Prix in 2008 and won an unprecedented three races – the Junior, the Newcomers C and the Ultra Lightweight MGP Races.

“ACU Events Ltd wishes to pass on their deepest sympathy to Dan’s partner Leanne, his family and his many friends in the road racing community and beyond.”

Another rider has been hospitalised in connection with the Kneen incident, after he was involved in an incident of his own with the course car which was on the scene.

2/2 This followed an earlier incident during the Superbike session at Churchtown which the course car was attending.

Qualifying at the Isle of Man TT continues through to June 1 (local time) before racing commences the following day.