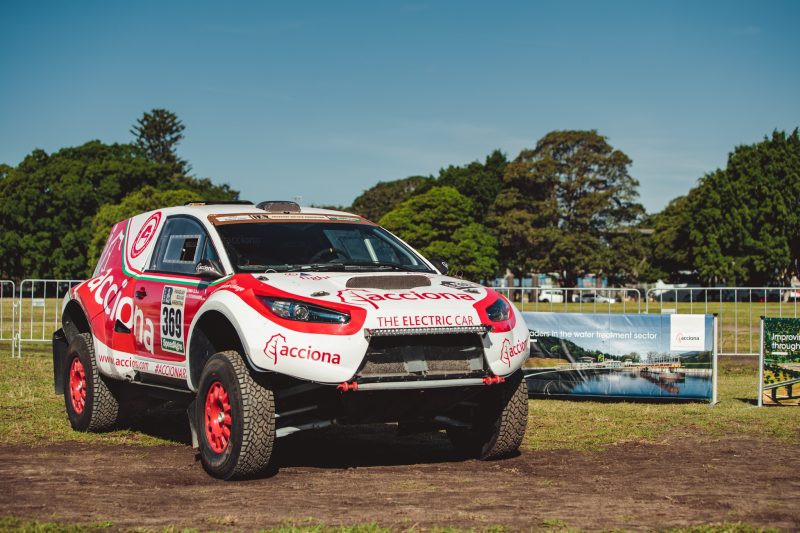 An all-electric rally car will compete in next month’s Tatts Finke Desert Race.

Known as the ‘Acciona 100% EcoPowered’, the car was built in Barcelona by Spanish civil works and renewable energy firm Acciona.

It was the first all-electric vehicle to complete the Dakar Rally, in 2017 at its third attempt, and has also gone on to finish events such as the Italian Baja and Morocco rallies.

“It’s a glimpse of the future of rallying – electric, green and tough.

“Unlike the other participants in the rally, which burn an average of 25 litres of fuel per 100 kilometres, ACCIONA 100% EcoPowered is driven exclusively by clean energy and does not use a drop of fossil fuel.”

Andrea Peterhansel, a 10-time Dakar starter and wife of 13-time Dakar winner Stephane, will pilot the car alongside Emma Clair.

Ariel Jatón, who competed in the 2017 Dakar in the Acciona 100 percent EcoPowered car, will serve as sporting and technical director.

Finke begins with scrutineering on Friday June 8, followed by the prologue around Alice Springs on Saturday, the outbound journey to Finke on Sunday, and the return on the Queen’s Birthday Monday. 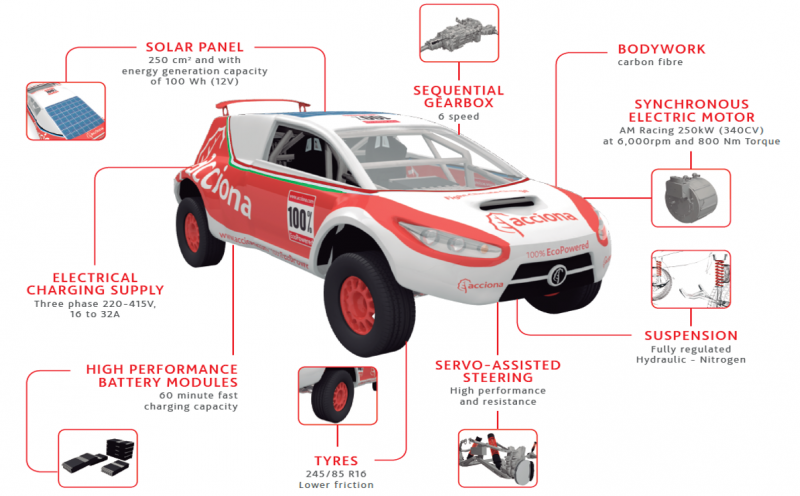