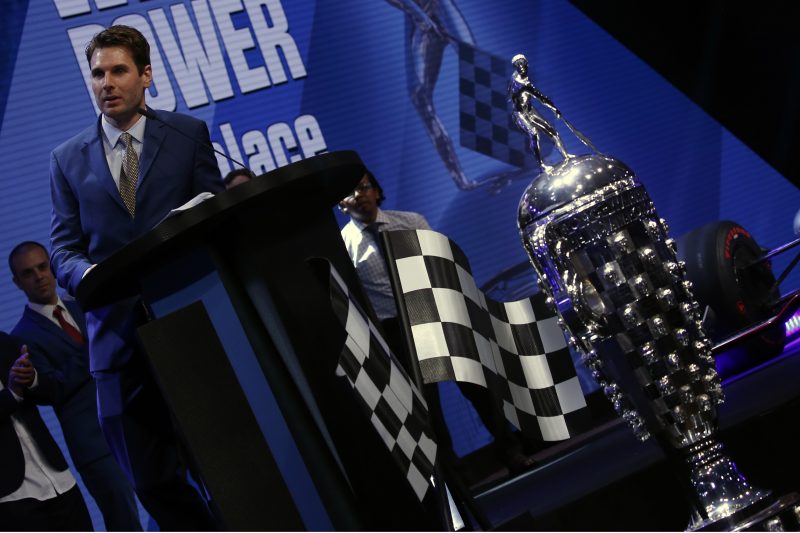 Will Power at the post-Indianapolis 500 banquet

Will Power has been lauded by his peers as he experienced the whirlwind of his first 24 hours as an Indianapolis 500 champion.

Triumphing in America’s most prestigious race is considered a more important honour than winning the IndyCar Series championship and promotion of the Indy 500 winner is a lifelong endeavour that starts the moment the driver takes the chequered flag.

After media responsibilities that lasted well into Sunday night, Power and his Team Penske crew were back at the Indianapolis Motor Speedway early Monday morning for the traditional winner’s photo shoot and press conference.

On Monday evening, Power and his wife Liz attended the 500 Victory Celebration, where drivers receive their prize money and deliver short acceptance speeches thanking the Hulman-George family (owners of the Speedway) and their sponsors.

Power collected $2.53 million ($A3.36m) for his winning drive, which came in his 11th Indianapolis start.

“Coming from Australia, I didn’t realise how big this event was,” Power remarked during his speech.

“Then for my first 500 in 2008, walking out from Gasoline Alley on Race Day, I was blown away looking down to each end of the straight and seeing a sea of people.

“It’s grown on me since, to the point where I’ve obsessed over it and wondered if I would ever get the chance to drink the milk (an Indianapolis Victory Lane tradition since the 1930s).

“It was so cool to do the victory lap and see all those people cheering for me, and I even saw some Australian flags out there.”

The drivers are introduced in reverse finishing order, from last place to the winner, meaning Power’s countryman James Davison was first to the dais.

“Twelve years ago, Will and I attended our first Indy 500 together,” Davison reflected.

“We sat in the short chute between Turn 1 and Turn 2 and little did we know that 11 years later we’d be piling into each other on a late race restart – or that 12 years later you would win the Indianapolis 500 and become the first Australian to do so.

“Above everything, you are a phenomenal racing driver but an even better human being and I am privileged to be your friend.”

Simon Pagenaud was Power’s teammate with Derrick Walker’s Team Australia for their rookie season at the Indy car level in 2007, and he shared some fond memories.

“I met this guy in Europe in 2005 when we were racing in Formula Renault,” recalled Pagenaud.

“He was already kind of ‘out there’ – an awkward human being.

“Will and I actually lived together, but he doesn’t remember.

“We played video games, we went to the gym together, and I witnessed one of the first nights he and Liz got together, which was a big secret.”

Liz was the media relations representative for Team Australia at the time.

“Quite frankly, without his wife Liz, he wouldn’t survive,” Pagenaud said.

Addressing Power, he added, “I’ve always admired your speed and you are an incredible driver – always thinking, even when you are lying on the couch, you’re thinking ‘How am I going to make Turn 8 at Barber (Motorsports Park) better?’

“He never gives up… whether the car is good or bad, he’s going to extract the best out of it every day.

“It’s an incredible adaptability that I admire and wish I had.

“He helps me improve every day and it’s been awesome to feed off each other.”

Indianapolis Motor Speedway President Doug Boles paid tribute to Power’s hugely emotional reaction after finally winning a race that has eluded him for more than a decade.

Television cameras captured Liz and Will’s sheer euphoria when Liz greeted her husband after the race.

“Last year Takuma Sato went crazy when he won the Indy 500 and I knew we had a great 500 champion,” said Boles.

“You may have one-upped him and started the newest Indy 500 tradition by going berserk.

“Thank you so much for showing the world what it means to win the Indy 500.”

Josef Newgarden credits Power for helping him develop into an IndyCar Series champion in his first year with the imposing Penske organisation.

“Most people don’t get to see everything about Will Power, but this guy is one of the best race car drivers that I have ever personally seen,” said the 2017 series winner.

“He’s an amazing teammate and an amazing person, so I’m super happy to see you win… you deserve it so much for what you put into this.

“People don’t get to see all the details, or all the time and energy it takes.

“I’m so proud of you and your team and at Team Penske, if one car wins the race, it’s a win for all of us.”

Power’s victory at Indianapolis should accelerate the momentum being enjoyed by the IndyCar Series, which is showing modest growth in most areas at a time when NASCAR is experiencing noticeable declines.

The Toowoomba native was already one of the top stars of Indy car racing, among the sport’s all-time leader in race wins and poles.

But it takes an Indy 500 win to elevate an Indy car driver to the highest stature, something Power has now successfully accomplished.

He will be introduced as an Indianapolis 500 winner for the rest of his life, yet that comes with a big responsibility.

The 500 winner embarks on a year-long promotional tour that often spans the globe.

Don’t be surprised if the 1.65m tall Borg-Warner Trophy, one of the most famous trophies in any sport, makes the trip to Australia later this year.

The Victory Celebration ended at Monday night at 11 pm, and by Tuesday morning, Power was in New York to visit the famous Empire State Building and complete a media blitz.

On Friday morning, he will be strapped back into his Penske Dallara-Chevrolet to practice for the Detroit Grand Prix doubleheader.

As a Penske driver, Power is already well-known in Detroit and having the Australian as a popular and deserving Indianapolis 500 champion can only be a boost for IndyCar.

“Believe me, the series is growing,” Power said.

“The passion of the fans is amazing – not only the love for people, but the hate as well.

“You know people are really passionate about who they are backing when they scream out ‘You suck!’

“They’re the best in the world and you can’t pick a person out of the field you would say couldn’t win a race.

“We all push each other hard and we are the most versatile series in the world.” 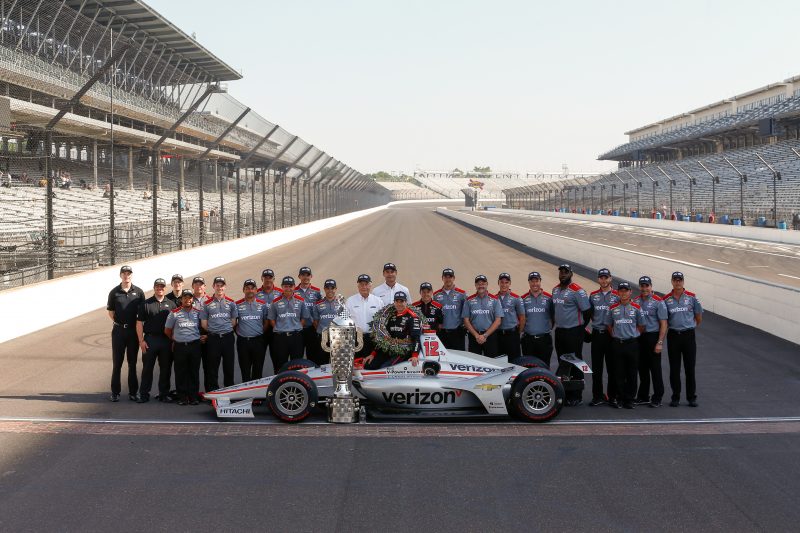