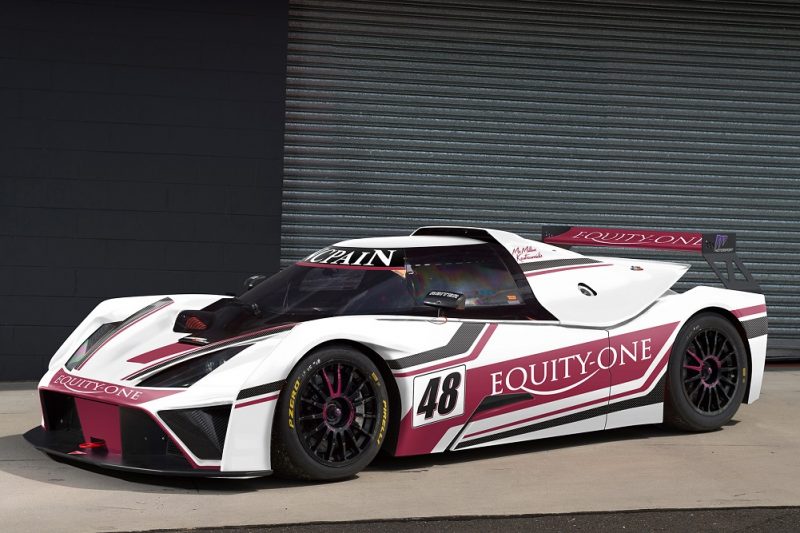 Team principal Justin McMillan is set to share a brand new KTM X-Bow with Dean Koutsoumidis for the final two rounds of the season at Shanghai and Ningbo in China.

It will also be the first time that one of the GT4-spec Reiter Engineering-built machines has competed in the series.

M-Motorsport regularly fields X-Bows in the Australian GT Championship, in which it has won races in the new-for-2018 GT4 class.

Koutsoumidis, who first drove with M-Motorsport in a Lamborghini R-EX during the most recent Australian GT round at Sandown, suggested the move into Asian motorsport after recent running in the Asian Le Mans Series.

“I’ve been impressed by the emergence of the Blancpain Series in Asia over the last 18 months, and whilst the GT3 class has attracted some big entries, in recent months the GT4 category has grown to include some impressive teams, and some impressive drivers,” said Koutsoumidis.

“I’ve enjoyed my time with M-Motorsport, and was very impressed with the KTM when I tested with the team at Winton last year.

“I thought we could combine both options, so I discussed with Justin an idea to take the KTM to China and be the first X-Bow in the Blancpain GT4 field, and he was all for it.”

The new car, currently under construction at Reiter in Germany, will be sent to China to test before its maiden racing meeting.

That campaign comes after M-Motorsport regular Glen Wood took a podium on debut in China GT last year at Goldenport, a meeting which McMillan attended with a view to expanding his team into Asia.

“We’ve had some good experience with the X-Bow now, in Australia, Dubai and with our cameo appearance in China GT at Goldenport in Beijing last year, so we’re pretty confident that we can get the car working well enough to be battling at the front of the field,” said McMillan.

“Obviously an F1 circuit like Shanghai will be a challenge with its drag strip long straights, but the car has exceptional mechanical grip in the slow-mid speed corners, and whilst there aren’t a lot of them in Shanghai, at Ningbo we should be well and truly in the game.”

M-Motorsport will run its existing KTMs in the next two rounds of Australian GT, this weekend in the Phillip Island 101 and at Sydney Motorsport Park in early August, with David Crampton and Trent Harrison behind the wheel of one and Vince Tesoriero joining Wood in the other.

The Shanghai and Ningbo Blancpain GT Asia rounds are set down for September 22-23 and October 13-14 respectively.