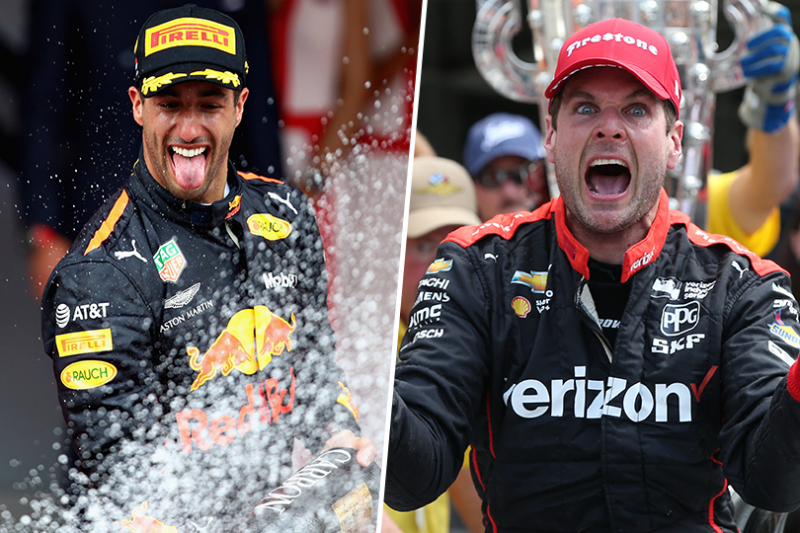 Australian victories in two of global motorsport’s biggest races is set to provide a boost to not only aspiring drivers but to the whole national racing scene.

Will Power became the first Australian to win the prestigious Indianapolis 500 in the event’s 102nd running while Daniel Ricciardo produced a remarkable drive to claim a maiden Monaco Grand Prix win, in what will be remembered as one of the nation’s best days in motorsport.

Australia is only the third country alongside Great Britain and Brazil to have had drivers take out the two iconic races in the same year.

Ex-Formula 1 world champion Alan Jones has already hailed Ricciardo’s drive as one of the all-time greats at Monaco.

He also believes Power’s feat will prove to be ‘life changing’ for the Toowoomba-born 2014 IndyCar champion.

“I mean Will is a really nice guy, he’s not a big noter, he flies under the radar most of the time and he’s a lovely guy,” Jones told Speedcafe.com.

“This if nothing else will help his recognition within Australia, which I know is very important to him because he’s very nationalistic. To win Indy is a life changing situation.”

However, the 1980 F1 world champion believes the events of Sunday will have far reaching effects on Australian motorsport.

“It was special and a great day for Australian motorsport,” said Jones.

“I think it just shows that we produce some fantastic talent and it also does help young racers in their quest.

“Suddenly you get people going, ‘these Aussies know how to drive; they’re good’.

“It’s not only a belief for them (aspiring drivers) that it’s possible but it carries on down the line for potential sponsors, potential team owners and those who are looking at people.

“It just bumps the Aussie persona up a couple of notches in terms of, ‘hey, these guys are on the other end of the world but gee they can drive cars’.”

The Confederation of Australian Motor Sport (CAMS) believes the success will prove hugely beneficial in inspiring the next wave of talent and help the sport’s sustainability for the future.

“Motorsport doesn’t often get on the front and back pages of the newspapers and the double win even in a state like Victoria resulted in Daniel and Will being on the front page of the Herald Sun,” CAMS CEO Eugene Arocca told Speedcafe.com.

“That is immeasurable in terms of exposure for the sport.

“I’m a strong believer that every sport needs heroes and right now and we have got two superstars in my opinion flying the flag.

“What is more encouraging is there is a group of young drivers sitting under them making their way through both open wheel and tin top categories in Australia and overseas that can be directly related to success Australia has had generally.

“In our view Daniel following on from Mark Webber in F1 has had a direct impact on our numbers.

“This has flowed down to our younger competitors and inspires and gives us relevance in front of governments. It gives us a louder voice.

“Will (Power) was CAMS Foundation beneficiary and so was Daniel. CAMS is very proud of its association with these two men.

“The likes of Alex Peroni, Thomas Maxwell, Oscar Piastri and Joey Mawson should be walking a foot taller. These are young people forging a career much like Daniel and Will did.

“Without the aspiration, the sport becomes secondary in my opinion.”