Cindric: Castroneves will be back at Indy

Cindric: Castroneves will be back at Indy 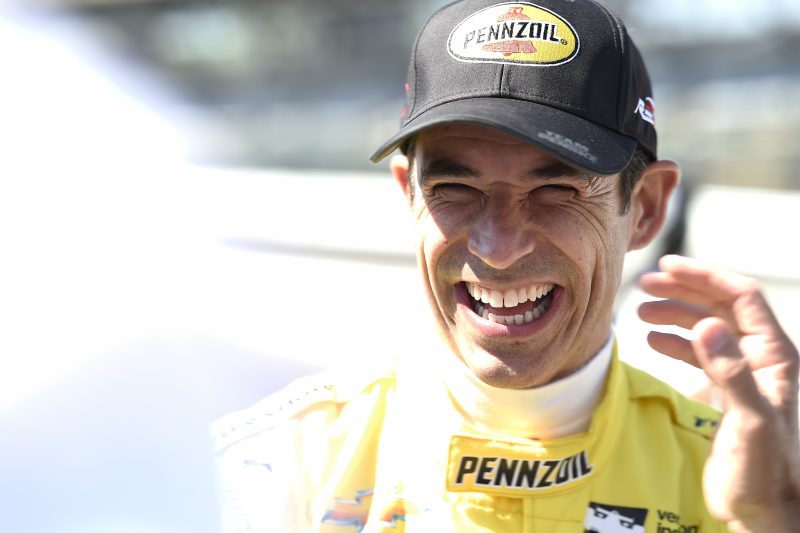 Helio Castroneves is set to race in next year’s Indianapolis 500 if the words of Team Penske President Tim Cindric are any guide.

Castroneves spent 18 years as a full-time open-wheeler driver with Team Penske, initially in the Champ Car World Series before the team switched to IndyCar in 2002.

His shift to Penske’s new IMSA sportscar program was announced last October, though the door was still left open for a return to IndyCar for the month of May.

Castroneves did indeed start both the IndyCar Grand Prix on the infield ‘roval’ and the Indianapolis 500, in an additional Penske entry, finishing the former sixth. 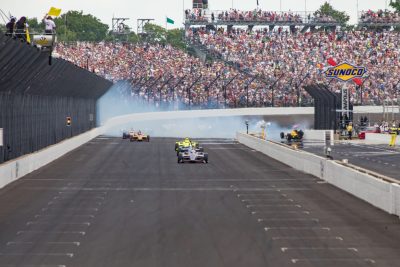 Castroneves crashes out of the Indianapolis 500

In the latter, however, he crashed out after losing control of the Chevrolet-powered #3 Dallara at Turn 4 on Lap 146.

The popular Brazilian playfully begged for another shot at a fourth 500 victory in 2019 when interviewed shortly after on television.

Team owner Roger Penske, who switched from Will Power’s car to be Castroneves’ strategist again for the two Indianapolis races, was somewhat coy when the question was put to him.

“I have to talk to the President here. He’ll figure that one out for me.”

Cindric, who was standing next to Penske at the time, was more certain in his response.

“He will be here next year in one of our cars. I’ll say it.

“That guy was sitting here (on race) morning before I walked in, sitting in his firesuit next to his engineer ready to go, about 6:30 this morning.

“I don’t think I’ve seen him out of his yellow (Pennzoil race) suit since we got here this month.

Castroneves has won the Indianapolis 500 in 2001 (when Penske entered just the Phoenix and Indianapolis races), 2002, and 2009, and finished runner-up another three times.

The record of four wins is shared by AJ Foyt, Al Unser Sr, and Rick Mears.

Will Power’s maiden win is Team Penske’s 17th in the 500 and 201st in IndyCar, and came 15 days after the Australian had achieved the team’s 200th.