Dixon: We had to gamble on fuel

Dixon: We had to gamble on fuel 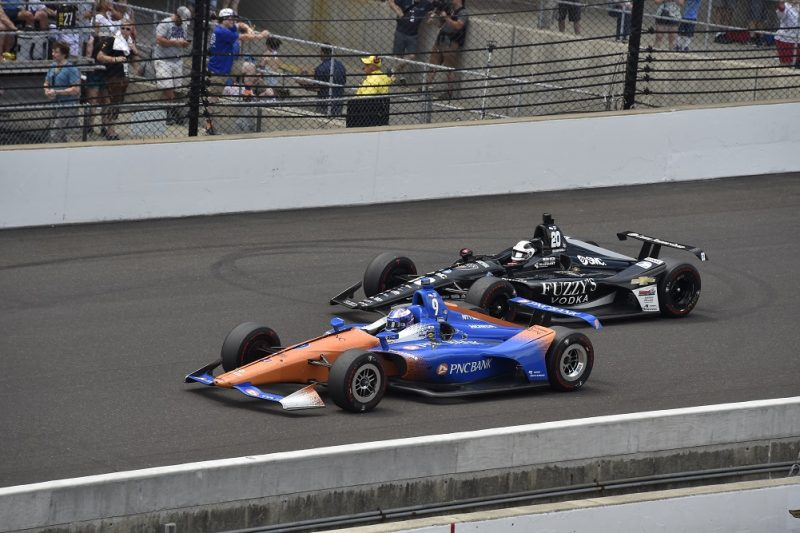 Scott Dixon has explained how he came up just short in his quest to win the Indianapolis 500 for the second time.

A late race caution for Tony Kanaan’s crash helped Dixon achieve the optimistic mileage figure, but he was unable to hold off Power, who slipped past with 15 laps to go.

“We were trying to save fuel – we had to gamble,” Dixon told Speedcafe.com.

“That was the team that called that and I just tried to get the (mileage) number once the team called the strategy.

“It was a big number but Honda did a superb job in making sure we could achieve those numbers in a scenario like that.

“We left it to the last minute and pitted just before it went green.

“It was hard to know what was going to happen and we could have gotten hosed.

“It’s a big compromise because you knew it was going to be close and I didn’t want to run out on the last lap.

“We would have had to pit if we didn’t get that last yellow.

“It was a pretty confusing day for us but the team made the right call at the end and it worked out well for us.”

Dixon confirmed that he was unable to attack on restarts, when most changes of position occurred.

The sleeker 2018 IndyCar made passing much more difficult than for the last few years, when bulkier wings allowed the cars to draft closer together.

“Our car was okay on its own and pretty good in traffic but the restarts were just killing us,” Dixon related.

“It seems like on restarts we were kind of between gears and we just got trounced on acceleration so that killed us.

“In first and second gear, it just seemed like we were way off and that was really frustrating.

“Obviously we come here to win but it’s nice to get third position.

“It’s a good day for points and to fight for the championship.

“Ultimately we just didn’t have the speed today.”

Dixon paid tribute to his friend and long-time rival Power, who guaranteed his position in the pantheon of IndyCar greats by winning the sport’s biggest race on his 11th attempt.

Entering the day Power boasted 51 career pole positions and 33 race wins, but all those wins combined didn’t add up to the Indy 500 triumph that was missing from his CV.

Dixon is the IndyCar Series’ active leader with 41 race wins.

“Huge credit to Penske and congratulations to Will – I know he’s been chasing this one for a long time and he did a hell of a job,” Dixon said.

“It’s a big deal and I feel really good for him.

“It definitely changes your life and Will has been chasing this one for so long.

“He had a flawless day and they did everything right – even at the end when that yellow threw a bit of a tailspin at him.

“He responded well and big congratulations to him and Roger Penske.”