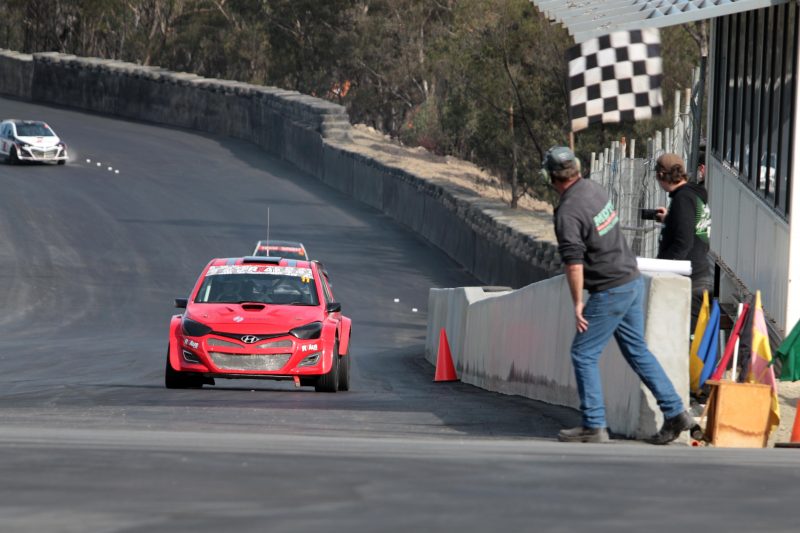 Arron Windus kickstarted his RXAus.com.au Australian Rallycross Series title bid with a commanding victory in round two at the Marulan circuit.

The 22-year-old from Ballarat took out the All-wheel-drive class from pole position after a string of strong performances through the heats at the newly revamped New South Wales venue.

It proved to be a valuable win for Windus after being forced to sit out the opening round at Winton in March when a mechanical issue ruled out his Hyundai i20.

The same couldn’t be said for defending champion, Justin Dowel, who remains anchored to the bottom of the points table after surrendering his car to another driver today.

Dowel had looked strong through practice and qualifying however after team-mate Darren Windus’ VW Polo broke early in the heat races, he elected to step aside and let his former Rally rival take over the #1 Hyundai i20.

RXAus will return to Marulan in August this year, for round four of the 2018 series, while the next round will be held at Winton Raceway in late July.