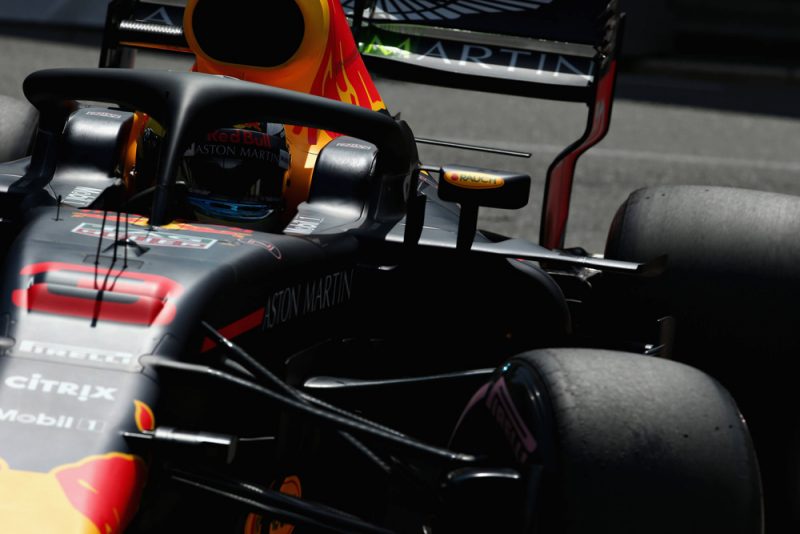 While Daniel Ricciardo became the fastest man ever around the Monaco street circuit, Max Verstappen failed to make qualifying after crashing in final practice.

Having not set a time, Verstappen will start 20th and last on the grid as a result.

By contrast, Ricciardo has topped every session since Thursday morning’s opening practice, including all segments off the three-part qualifying.

It’s an effort that has left Horner impressed with the Australian, and ruing what could have been from Verstappen.

“Daniel’s been on it all weekend, he’s been quickest in every session, every qualifying piece there,” Horner told Sky Sports.

“It feels a little bitter sweet, really delighted for the pole but we should have had two cars up there, and it’s frustrating with such a fast car not to have both cars on the front row of the grid.”

Verstappen was a non-starter in qualifying after tagging the wall at the Swimming Pool complex in final practice, the damage proving too great in the short time between sessions to repair the car in time.

“Basically the car was then fired up and we saw an oil leak in the gearbox which had been hidden by a shroud and that was it,” Horner explained of the repair.

“They did their best to try and get the gearbox replaced, which would have been a five place penalty, but I have to say both car crews, Daniel’s crew as well, steaming in doing everything that they could to make it happen, but today unfortunately it wasn’t to be.

“This place bites hard if you abuse it, and unfortunately he’s a very, very fast driver, we know that, that’s not within any doubt,” Horner said when asked how Verstappen reacted to the disappointment of missing qualifying.

“This weekend he’s got a great car. Nobody will be more frustrated than him that having watched that qualifying he should have been competing for the front row today.

“There’s no more brutal lesson than what he’s just had, so I’m sure that he’s smart enough to hopefully learn from that.”