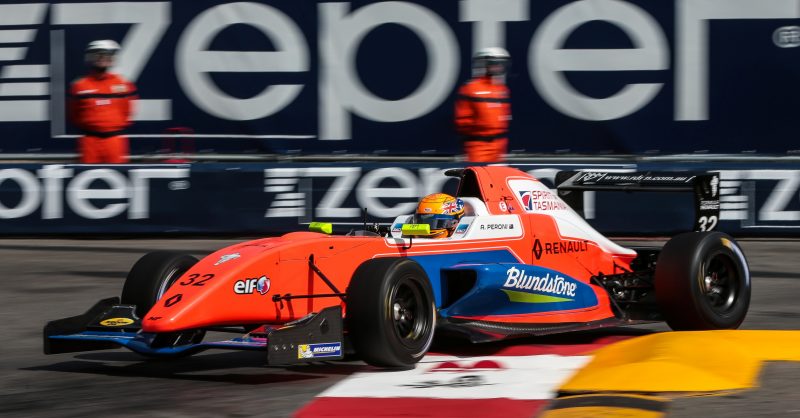 The Tasmanian produced a faultless drive from pole position to take out the opening Formula Renault race of the weekend on the famous Monte Carlo streets.

The victory has seen the 18-year-old climb from 12th to eighth in the championship standings.

“To win any race at this famous circuit, in front of the Formula 1 teams, is just amazing,” said Peroni. 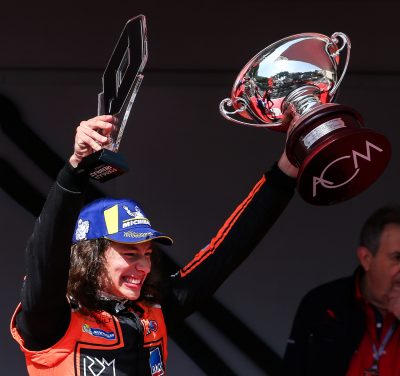 “It’s just what I needed after a difficult start to this year’s series.

“It was as near to a perfect race that I’ve ever driven. My car was near-perfect too.

“I got a good start, which is more important at Monaco than anywhere else.

“Overtaking is almost impossible here unless the driver ahead makes a mistake.

“In the first laps I could attack the circuit without risking hitting the barriers.

“With Charles and Victor fighting over second place, I was able to extend my lead until I had a safe margin.

“From there I maintained the gap until the end of the race.”

The Formula Renault series will take to the streets for a second race later today with Peroni due to start from second on the grid.