Miami no threat to Azerbaijan GP amid contract talks

Miami no threat to Azerbaijan GP amid contract talks 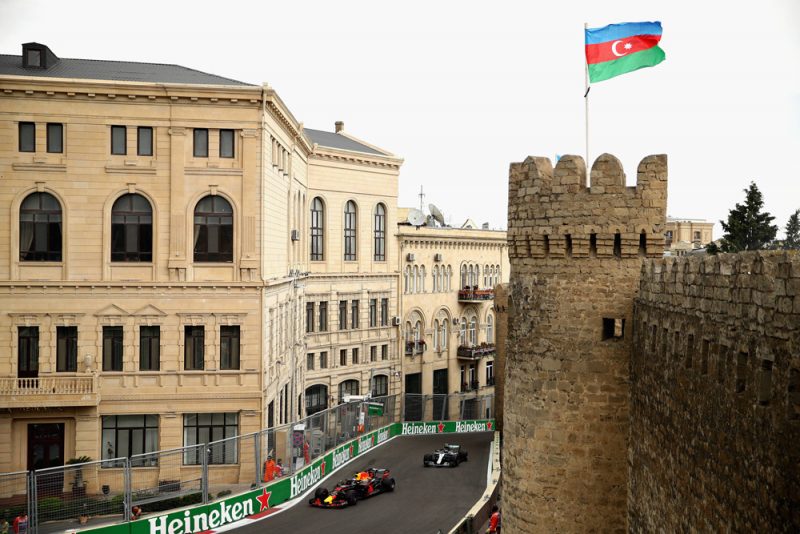 The proposed Formula 1 race in Miami will have no bearing on the future of the Azerbaijan as it seeks to negotiate more favourable terms.

That’s the assertion of race promoter Arif Rahimov who has denied rumours that a new race in Miami, a possibility from next year, could come at the expense of the Baku event.

“We have a contract that is a binding contract for five years, five races, starting in 2016. Neither of us can break it unless we both agree to break it,” said Rahimov.

“If Miami comes in, it can just come in and all the other races can stay there, it’s up to 22 races anyway.

“I think it was just a rumour. I don’t know how this rumour got spread because it made no sense from the beginning.

“I guess they’re going to release the draft calendar this month or next month,” he added.

“We’re going to be in this calendar and it’s going to sort out most of the questions.”

Adding fuel to the fire that Azerbaijan will be dumped in favour of Miami are suggestions that the temporary pit complex used in Baku will be transferred to the US and used there.

“We had a brief chat with Chase, and it wasn’t about Miami.

“It was just in general, we were trying to figure out if there’s a way to share facilities on temporary circuits.

“But then we figured that if you’re going to fly them or ship them anywhere as far as Miami or the Far East, it’s not going to make any commercial sense because you’ve got to pay a lot for the logistics.

“It wasn’t in a way that we were going to sell it to someone or rent it to someone, just trying to understand the feasibility of sharing facilities.”

Rahimov is however chasing a better deal for the Azerbaijan Grand Prix, which is three years into a ten year deal.

However, a break clause after five years does exist, though needs to be exercised by the end of June this year.

According to Rahimov, that provides a logical point around which to time negotiates for a new deal.

“We might postpone the deadline for the negotiations,” he suggested.

“You can call it triggering a break clause, too.

“There’s no format of a letter. You can write a letter saying you want to renegotiate and you want to do it later.

“We’re trying to get it sorted before the end of June. I think we’ll come to some agreement.”

In Miami, the city has approved plans to host a grand prix as early as next year, leaving the promoter in Florida free to negotiate with F1 over a potential deal.

There have been suggestions the Miami race, should it go ahead, could be held on Sunday morning in an attempt to maximise the global television audience.

The Azerbaijan isn’t alone in seeking more favourable terms for its F1 contract, with promoters of the German Grand Prix at Hockenheim this week also stating they’re after revised terms for any future contact.