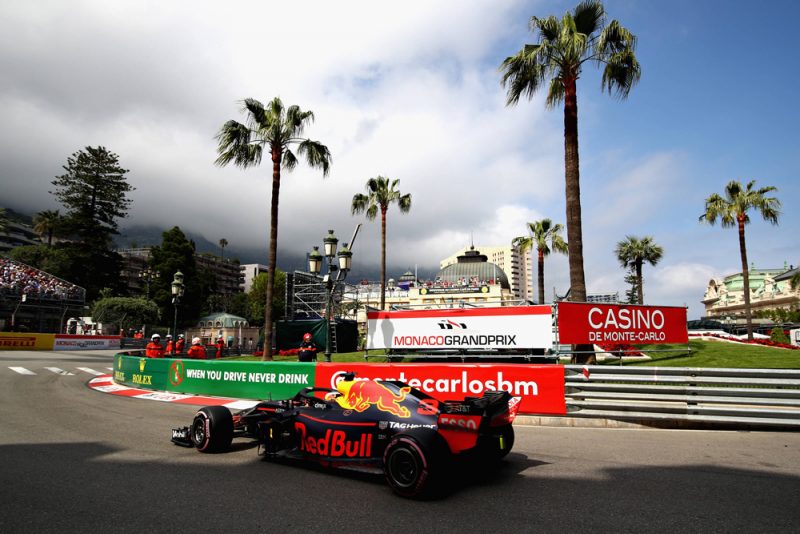 Daniel Ricciardo expects his Thursday practice advantage at the Formula 1 Monaco Grand Prix to reduce when the weekend reaches qualifying on Saturday.

Ricciardo and team-mate Max Verstappen dominated the opening day’s running in the Principality, with Ricciardo recording the fastest ever time around the 3.3km street circuit in Practice 2.

The Australian ended the day more than half a second clear of Sebastian Vettel’s Ferrari, the leading non-Red Bull entry, having been three tenths clear of Lewis Hamilton earlier in the day.

Monaco is a circuit that was expected to suit the Red Bull, though Ricciardo is mindful that his current advantage will close in qualifying as his rivals switch engine modes.

“Our gap from practice to qualifying isn’t normally as big as what Ferrari and Mercedes can find,” Ricciardo said.

“In quali they’ll definitely close that gap. I still feel if we can put together a really good lap we have a very good chance. That’s my job on Saturday.”

“The intention this weekend is to try and win and be dominant,” he added.

“Both cars today ran really well in the sessions and Max and I were fighting for the top spot all day.

“I think come qualifying the others will turn it up and I’m sure it will tighten up as you never know what the other teams are doing, but all we could do today was try and top the times, which is what we have done.”

Verstappen was similarly confident in his assessment following Thursday’s track action, which saw him finish second to Ricciardo in both sessions.

“Today’s performance was good and the car seems to be working really well around here,” Verstappen said.

“It actually felt easy to drive with not too many set-up issues which is nice, especially on a street circuit.

“We have a great car but it struggles when we have long straights, you can see as soon as we come here where the straights are not too long we have good pace.

“The hypersofts seem to have a lot of grip and they appear to suit the car so this is encouraging for qualifying,” he continued.

“Again, the other teams’ engine modes will make a difference on Saturday but I think we can be a real challenger regardless and put ourselves in the best position to achieve a victory on race day.”

F1 action at Monaco takes a break on Friday before returning for final practice and qualifying on Saturday.