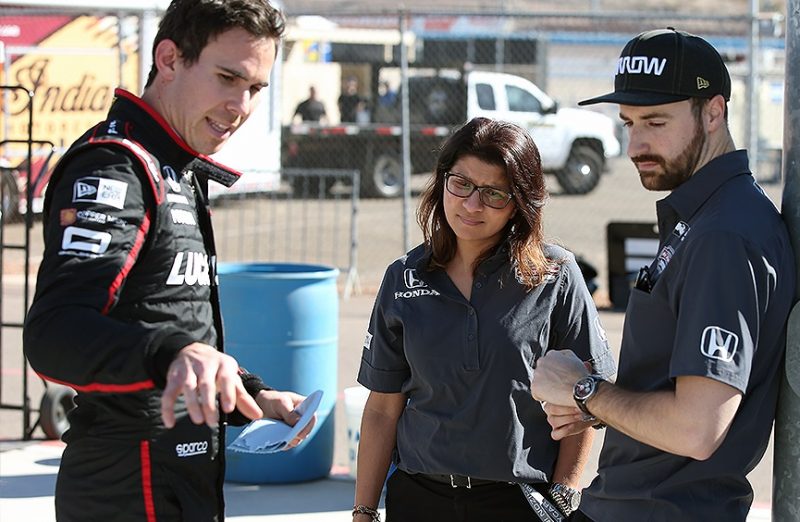 Leena Gade, engineer to James Hinchcliffe, has exited Schmidt Peterson Motorsports following the Canadian’s failure to qualify for the Indianapolis 500.

Gade won the 24 Hours of Le Mans three times with Audi before the German marque’s decision to close its LMP1 program saw her move to Bentley Motorsport.

SPM announced her appointment as Hinchcliffe’s race engineer in January and Car #5 finished in the top 10 through each of the first five races of the season, including a sixth on the only other oval so far at Phoenix.

Hinchcliffe currently sits fifth in the series but his title aspirations have suffered a major blow with his shock bumping from the Indy 500 field.

He has since confirmed that another seat will not be bought for him for IndyCar’s blue riband event.

“After many ongoing conversations and the decision that the relationship was not conducive for either party, the agreement was made to part ways with one of our lead race engineers, Leena Gade,” said a statement issued by SPM.

“Everyone at Schmidt Peterson Motorsports wishes nothing but the absolute best for Leena.”

Robert Wickens was the best performer of the four SPM or SPM-affiliated drivers in qualifying at the Brickyard, with Car #6 set to start from 18th.