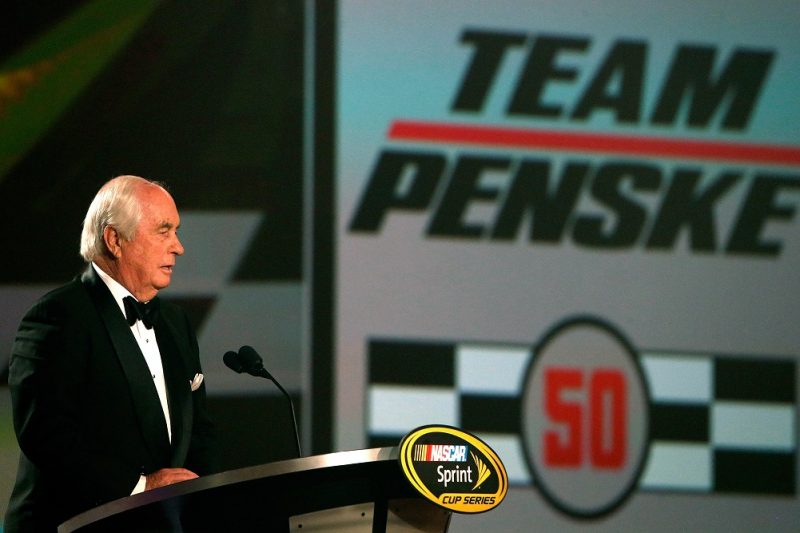 Roger Penske has been elected to the NASCAR Hall of Fame as part of the 2019 induction.

It has won 108 Cup Series races and 65 in the Xfinity Series, while Penske built or previously owned several current and former NASCAR venues.

“There were many great candidates,” Penske told SiriusXM NASCAR Radio.

Brad Keselowski, winner of those two NASCAR titles, was one of a number of drivers to pay tribute to ‘The Captain’.

“There are many car owners who have won races in the series and a lot of car owners who’ve won championships, which he’s done, but what he was able to do for the sport, professionally from a sponsorship and track perspective, really put him in a unique category to me.

“When you drive for Roger Penske, you are driving for someone that has raised the bar and challenges you to do the same.

“You just learn a level of professionalism that he’s brought to everything he touches.”

Scott McLaughlin, who is currently attending the Indianapolis 500 with Team Penske and has stated aspirations to one day drive in NASCAR, also spoke on the news.

“A massive congratulations to Roger on being inducted into the NASCAR Hall of Fame,” said the Virgin Australia Supercars Championship leader.

“I have been a huge NASCAR fan from afar in Australia for many years, and even before I drove for Mr Penske the level of professionalism, sportsmanship and love of NASCAR within Team Penske was clearly visible.

“I am now very fortunate to see all this first hand, and my views have been confirmed. RP is a very deserving inductee and I am excited and privileged to call him my boss.”

Jeff Gordon, Jack Roush, the late Davey Allison, and the late Alan Kulwicki were also elected to the NASCAR Hall of Fame, with the inductions becoming official on February 1, 2019.