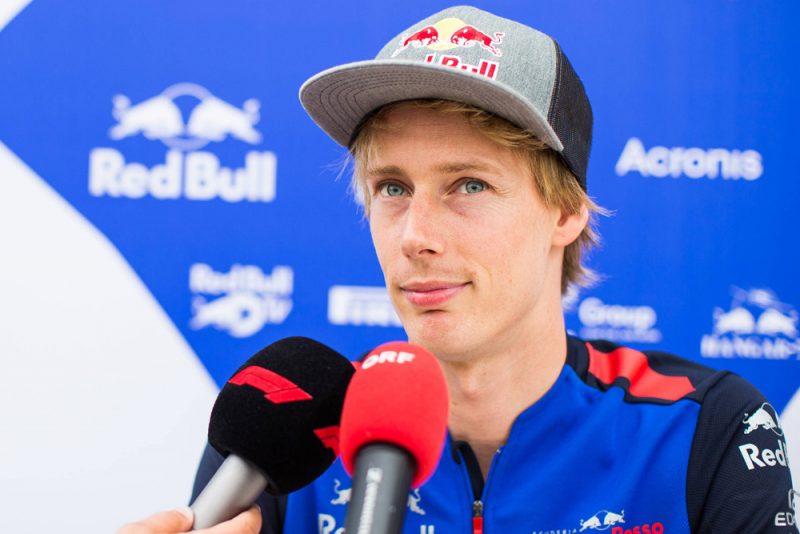 Brendon Hartley has dismissed speculation he could be ousted from Toro Rosso following a tough run of races.

Despite scoring his first world championship point in Azerbaijan, Hartley was involved in an incident with team-mate Pierre Gasly during the first part of qualifying.

He then sat out qualifying altogether in Spain following a crash during the final practice session.

Now, less than 10 races into his Formula 1 career, the two-time World Endurance Champion has responded to claims he’s on the verge of being dumped from Toro Rosso.

“There’s always a lot of rumours in Formula 1, so as a driver, it’s better not to read too much.

“F1 moves quickly, there’s a lot of critics, but obviously as a driver you’re your own biggest critic.

“I had two weekends not completely clean, but in fairness I scored my first point in Azerbaijan, and for the first weekends of the year I was ahead (of team-mate Pierre Gasly) in qualifying two of the three,” he added.

“I know that I’m a team player. I’m working very hard behind the scenes. I know I’m more than capable.

“I think I’ve showed that in the first three qualifyings of the year; since then I haven’t even done a lap in qualifying.”

However, Fukuzumi is not currently eligible for a Super Licence and needs to show improved performances based on his current 2018 form if he’s to qualify for one for next season.

Hartley meanwhile remains focused on the job at hand, even if his performances haven’t netted the results he’d like.

“Ultimately, we haven’t had the pace to be in the points all of the time,” he said.

“I was really happy with my race in Barcelona. We didn’t have the pace to move much further up, but I felt I did what I could and I’m happy with how I dealt with having a crash.

“Obviously you don’t want it to happen, and I’ll make a big effort that it doesn’t happen again, but I’m not the only one who’ll have a crash.

“It won’t be my last crash, and that’s part of being a racing driver. I’ll move on and fight this weekend, and hopefully have a good result.”