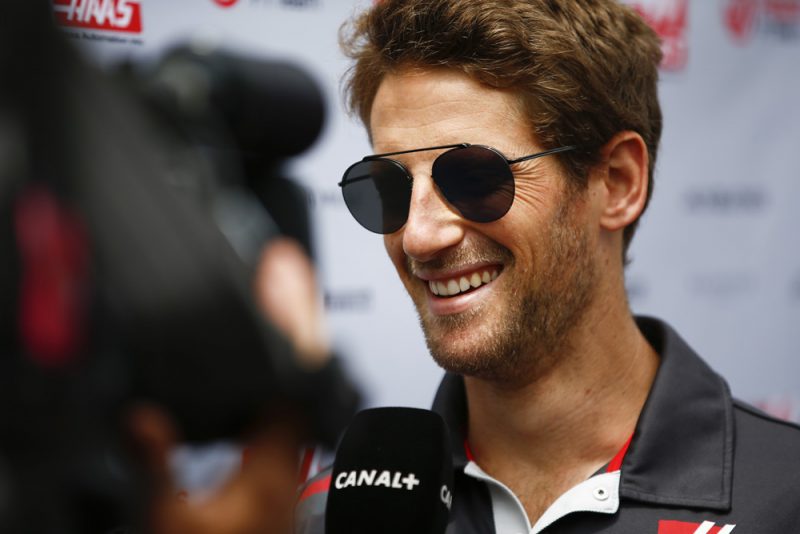 After the opening five grands prix of the year, Grosjean is one of just two drivers yet to score a world championship point; the other being Williams rookie Sergey Sirotkin.

It follows a tough start to the year where mistakes from the team cost both Haas drivers the chance to score solid points in Australia.

At the Azerbaijan Grand Prix he crashed out behind the Safety Car after losing control while trying to warm his tyres.

Then, two weeks ago, the Frenchman was an opening lap retirement at the Spanish Grand Prix, spinning into the field in an incident which saw him pick up a grid penalty for Sunday’s Monaco Grand Prix and two points on his Super Licence.

“It happens that sometimes you go through tough times.

“What happened in Barcelona was just unfortunate that I lost the rear end avoiding a contact with my team-mate and that was it.

“The performance is there, the car is doing great and the team is doing an amazing job.

“Yeah, we don’t have any points on the board but I’m not too worried.”

Haas’ other driver, Kevin Magnussen, has so far notched up a tally of 19 points, leaving the team sixth in the constructors’ championship.

It suggests the team has taken a step forward in 2018, moving it towards the front of the congested midfield battle.

“I think it’s getting better and better,” Grosjean said of the car’s performance.

“We’ve been qualifying, very often, in front of the midfield.

“It’s super tight, so a tenth or two of a second, which doesn’t make much different on the first few rows can lose you two or three positions. You need to get it perfect.

“I think it’s getting there; we’re working well, and I think it should be quite nice here and hopefully the next updates coming are going to be pretty competitive.”