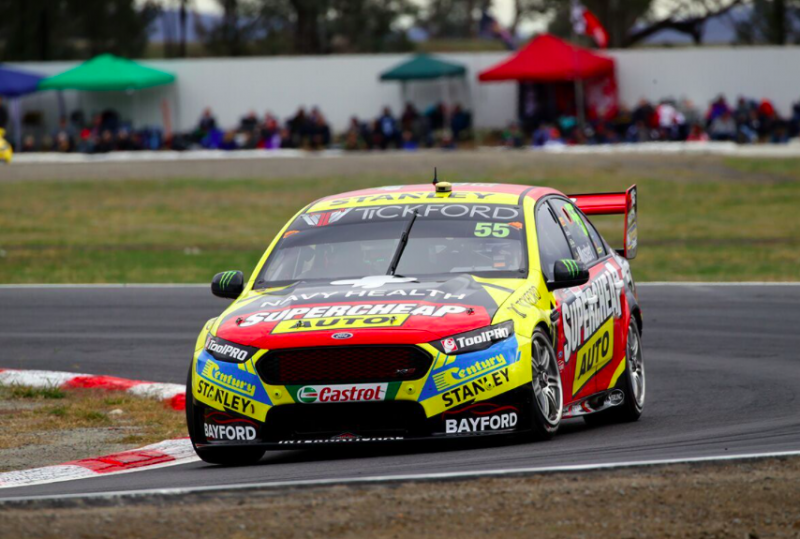 Tickford Racing is confident a wave of new upgrades to both the chassis and engines of its Falcons will help address a difficult start to the season.

The perennial championship contenders have struggled to match their front running rivals DJR Team Penske and Triple Eight this season having scored just one podium finish in 14 races.

A slow start to the campaign has left all four of its drivers outside of the top 10 in the championship standings, with Chaz Mostert, who has struggled for car balance, currently leading the way in 11th position.

Mark Winterbottom ended a podium drought after scoring a second in Race 11 in Perth, but the team was unable to fire at its test track during last weekend’s Winton SuperSprint.

Tickford co-owner Rod Nash is however refusing to panic revealing that a raft of developments is on the way that he is convinced will work to arrest the team’s form.

After a slow start last year Tickford went on to score four wins in the second half of the year.

“The issue is that when you’re a team like ourselves that has been there and won a lot of races, and had a lot of poles, there is an expectation,” Nash told Speedcafe.com.

“We had the same thing earlier on last year and then later that year we got to Townsville, and for the rest of it we were making gains.

“We’ve got a fantastic team and we just keep working with it.

“So, ‘watch this space’, is my comment because we’ve certainly got (development) items (coming).

“It’s a geometry thing and an engine thing,” he added, when asked where the upgrades are focussed.

“We’re very clear within our own workings about what we’ve designed, and when it’s ready to go on the car, it won’t be a case of, ‘Oh, I hope it works.’ It will work.

“So hence why we just work through it.

“We’ve got a lot of push going on with things because we want it (the upgrades) yesterday. As each meeting goes by and we’re just that tad off, then that hurts.”

The operation is set to conduct a test at Winton on June 4 where it plans to analyse and assess its developments.

“You build all these things, and you need to have a test day,” said Nash.

“Our test day with our cars, there’ll be stuff going through them like no tomorrow.

Tickford Racing is occupying fifth and 11th positions in the teams’ standings with its four cars.