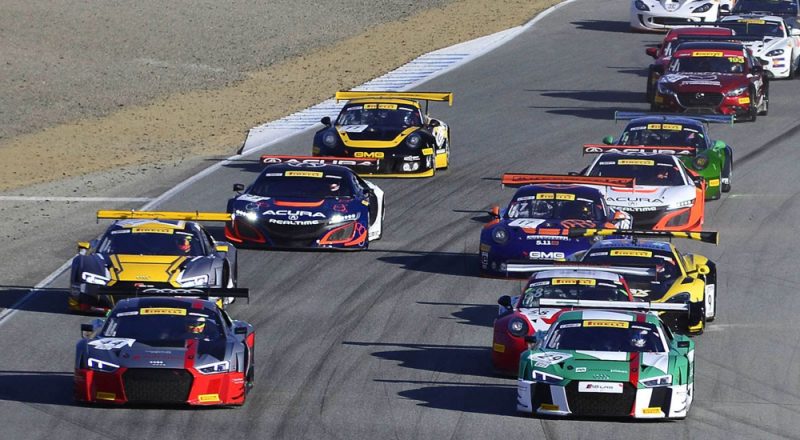 A TCR Class will be added to the final leg of the Intercontinental GT Challenge at Laguna Seca in October.

The addition comes as organisers announce an expected field of 30 cars split across four classes.

Laguna Seca marks the fourth event of the Intercontinental GT Challenge, which began with the Bathurst 12 Hour in February and also includes the 24 Hours of Spa, and 10 Hours of Suzuka.

The California 8 Hours will be the first time a TCR Class has been added to an event run by the SRO Organisation, which also runs the Blancpain GT Series among other domestic GT competitions.

“Initial feedback for the second edition of the Laguna Seca Raceway California 8 Hours sounds very promising, and there’s no doubt the event is growing in stature in the context of an expanding Intercontinental GT Challenge,” said SRO founder and CEO Stephane Ratel.

“It’s imperative that North America has a major race where GT cars compete for overall victory, while the Pirelli World Challenge also requires a much-needed blue riband event that brings together its GT, GTS and TCR classes.

“I strongly believe Laguna Seca has the potential to achieve both of these aims.”

The TCR Class joins the standard GT3 and GT4 classes, plus a GT Cup class  reserved for cars from single-make series such as the Porsche 911 GT3 Cup Car or Lamborghini Super Trofeo.

In the US, TCR cars have been welcomed into the Pirelli World Challenge, a competition that has historically run multi-class fields.

Locally, CAMS announced in January that it was taking expressions of interest for an Australian promoter to take on TCR in Australia.

This year’s California 8 Hours will be held on October 26-28.