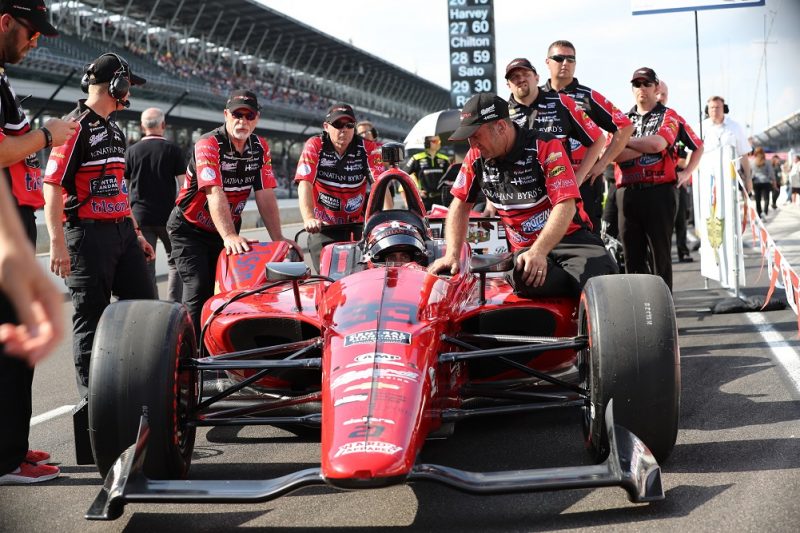 James Davison has described recovering from a major practice crash to scrape into the Indianapolis 500 field and then surge up the order in qualifying as an “incredible life experience”.

Davison made heavy contact with the wall in the #33 Foyt w/ Byrd-Hollinger-Belardi Chevrolet on the eve of Bump Day qualifying.

The team, which has been put together for the Verizon IndyCar Series’ flagship race only, worked through the night to repair Davison’s car for qualifying.

With over 33 entries for the first time since 2015, he faced the nervousness of seeing whether or not his first qualifying run would be fast enough.

Car #33 sat 31st after each of the 35 cars had been through one run and was relegated to 33rd deep in the afternoon.

Davison survived when shock qualifying outsider James Hinchcliffe experienced a tyre vibration at his second attempt and was then shut out at the end due to Pippa Mann’s unsuccessful final attempt.

A day later, he gained more positions than anyone after qualifying 19th on Pole Day.

The Melbourne native paid tribute to his team, put together by David Byrd in partnership with Brian Belardi and Williams F1 shareholder Brad Hollinger with a leased AJ Foyt car, ahead of the 500-miler around the Brickyard. 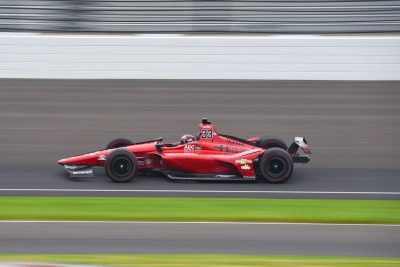 “It’s really not easy for these one-off Indy entries. There’s no momentum, all the crew are working together for the first time, the resources behind your entry generally aren’t the same as the full-season entries, and the odds are stacked against you.

“To just really get down to business and get on with it with a great group of people and of course overcome the adversity we’ve faced, it’s a great experience.

“Of course we want to win but we’re not in that clear position to right now, but just maximising what we have and with the right race playing out for us we can maybe achieve a result close to the top 10.”

That adversity included rebuilding the car between Fast Friday and the first day of qualifying after a 220mph crash with Davison described as “the biggest crash I’ve ever had.”

The 31-year-old escaped serious injury but drove with severe bruising on his way to qualifying for a fourth start in the Indianapolis 500.

“We had to trim the car out to a risky level on Fast Friday to do something to give us some security to make it in the field on Bump Day, and consequently we ended up too trimmed on downforce,” he explained.

“It got away from us, and (we) had a massive accident.

“The crew worked on the car all night and we went into Bump Day very sceptical as to what our chances were of making the field because our speed was already quite slow.

“It was definitely a bit of a nail-biter because at that point (on the bubble late on Bump Day) our fate was in someone else’s hands.

“Had Hinchcliffe not had his problem and I’d gotten bumped out, we would have gotten the chance to go one more instead of Pippa at the end, so I’m confident we would have bumped ourselves back into the race based on the speed that we showed on Pole Day.

“We made it in by the skin of our teeth and that was the only way the whole crew was going to be rewarded for all their work rebuilding the car on Friday night.

“And then on Pole Day we were further rewarded with a nice increase in performance and were able to do a 227mph lap and bump ourselves up the field more than anyone, 14 positions from 33rd to 19th.

“For us that was like putting it on pole, we’ve just been maximising what we have to work with, and very proud of my team and the adversity we’ve overcome.

“Amongst all of that I’ve been nursing injuries with a bit of a sore neck, back, legs, feet, so it’s been an emotional rollercoaster.”

Having only once ever qualified for Indy, Davison now has an opportunity to beat his previous best finish in the 500 of 16th in 2014.

There is one more, hour-long practice session on Carb Day this Friday (Saturday 0100 AEST) before race start on Sunday (Monday 0219 AEST).