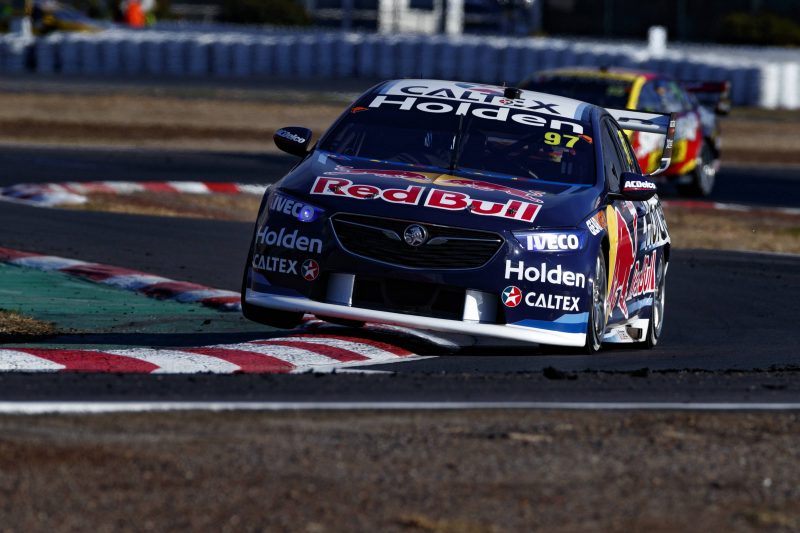 Triple Eight were unable to unlock one lap speed in qualifying across all three of its entries which forced the squad to execute slick strategy to achieve results.

Its drivers were unable to break into the top six in qualifying with van Gisbergen recording a team best of seventh for Sunday’s Race 14 ahead of Whincup in eighth, while Craig Lowndes was a slowly 23rd.

The results were marginally better than the Saturday where Whincup was 11th, van Gisbergen 14th and Lowndes 24th.

Qualifying issues aside, the team showed strong race pace that helped van Gisbergen to a pair of podium finishes, notably third on Saturday and second on Sunday, to leave him 131 points behind Scott McLaughlin (Shell V-Power Racing).

However, with rivals Shell V-Power Racing locking out the front row in both races van Gisbergen believes Triple Eight’s qualifying consistency is a concern.

The New Zealander attributed the lack of speed to the car’s inability to extract the best from the new 2018 Dunlop tyres.

“I don’t know what it is about qualifying, we’re just struggling to make this tyre switch on and round-to-round we’re not consistent,” said van Gisbergen.

“But out race pace is always there, so we need to find something out, because all three (Triple Eight) cars were struggling. We need to do some homework and make that better.

“We clawed a few points back by being better at racecraft and good strategies but eventually Scotty’s (McLaughlin) going to fix his starts and get off the line and then it’s going to be hard to beat him.

“Our focus now needs to be qualifying for the next few races. It just hasn’t been good enough lately. If we can fix that then we can go head-to-head.”

Triple Eight team manager Mark Dutton admitted he was surprised by the lack of pace in qualifying trim.

“This always has been a bit of a bogey track for us since car of the future,” Dutton told Speedcafe.com.

“We’ve had some success here, last year with Shane, but we still don’t have pace in set-up for here.

“But it’s not for lack of trying, it’s not like anyone is resting on any laurels.

“We just didn’t pick the right tools to use, didn’t tune the cars that the drivers wanted for qualifying.”

Triple Eight has now slipped behind rivals Shell V-Power Racing in the teams’ standings, the latter opening up an 87 point lead ahead of the CrownBet Darwin Triple Crown from June 15-17.