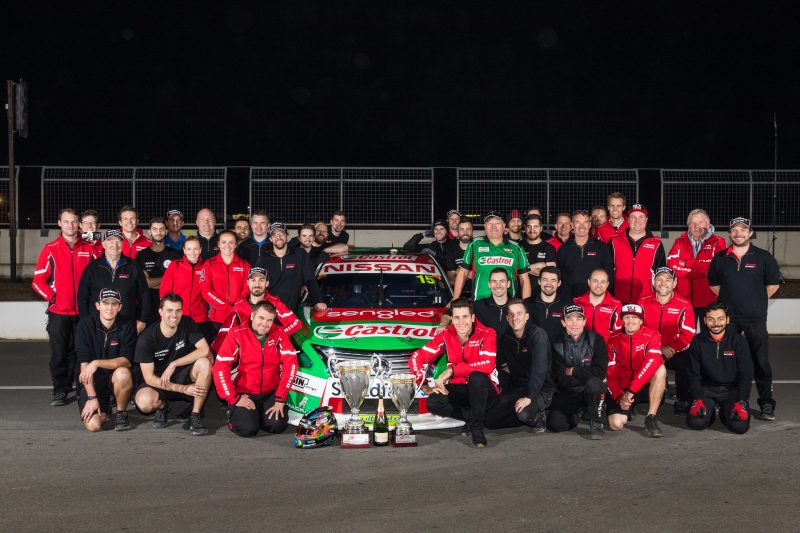 Nissan Motorsport team manager Scott Sinclair says the squad will take time to celebrate its Winton success before pushing forward with its latest wave of developments.

The Braeside outfit enjoyed arguably its most convincing weekend since Nissan joined the championship in 2013, highlighted by a breakthrough win for Rick Kelly in Race 13 alongside a pair of top six results for Michael Caruso.

It proved to be all the more emotional having arrived following Nissan’s decision just days earlier to end its factory support of the team at the end of the year.

While the team is determined not to get carried away with the results, Sinclair feels it is important to celebrate the success following a challenging period for the team.

A special team barbecue has been organised on Thursday while majority of the staff will be given Friday off. 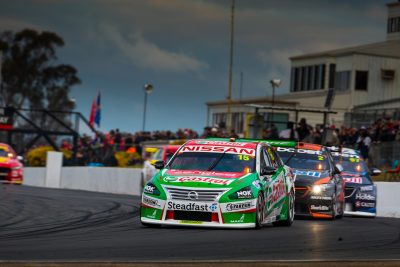 “All the guys will have Friday off so we’ll have a long weekend, a big barbecue at work on Thursday which will be great.

“Looking forward to that and reflecting on the last two months where we’ve shown a trend in improved performance which is great.”

“There’s a lot of guys that have never won a race before Rick’s number one mechanic has done seven years without winning a race.

“It’s easy to forget those things, there’s probably a number of those in pit lane.

‘It’s fantastic for the guys that do all the hard work, day in, day out, to get a result.”

Celebrations aside, the operation is eager to build on its recent success by continuing the development of its Altimas, which will continue to be raced next year.

Sinclair says there are a bank of items yet to be implemented on the car which are due to be analysed during a test at Winton on June 5, before the visit to Darwin from June 15-17.

“We’ve all been around long enough to not make those kinds of predictions,” when asked if the Winton results were a sign of things to come from the team moving forward.

“Other teams had a bit of a struggle this weekend; that made us appear a bit better probably that we might otherwise.

“But we’re certainly looking forward to Darwin, we’ve got a test day before Darwin with some good things we want to go through.

“It’s a good opportunity on the back of this weekend to try some things that we probably were afraid of trying this weekend because we didn’t want to hurt the car’s performance.

“We’ve also got some things in the bank, again that we’ve been cautious to implement over a period of time; that’s a good opportunity for that.”

The next stop on the Supercars calendar in Darwin has proved to be a happy hunting ground for the team.

Caruso scored a victory in 2016 while Rick Kelly took pole positions at Hidden Valley in 2015 and last year.