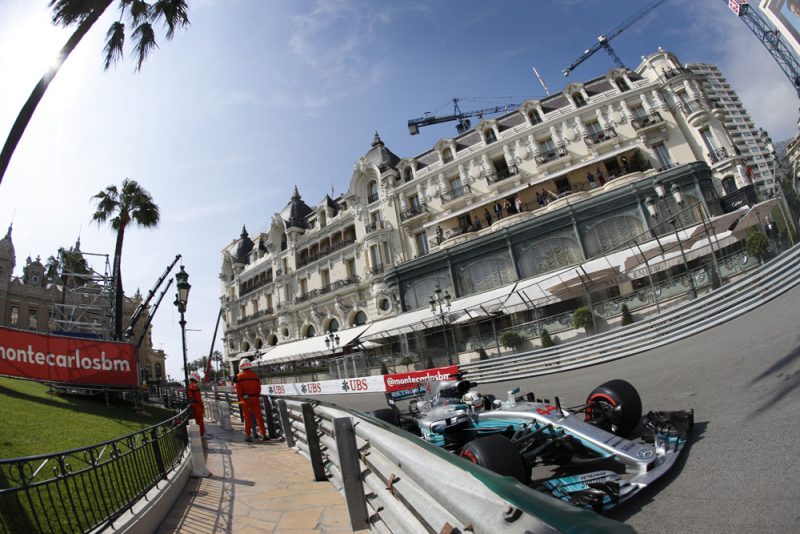 The Mercedes Formula 1 team heads into this weekend’s Monaco Grand Prix ‘bloody worried’ about its pace.

Last year neither of the squad’s two cars finished on the podium in a race that was won by Sebastian Vettel for Ferrari.

“We’ve seen in the last years that there were always tracks that suited us well, and some that we weren’t perfect, for whatever reason,” Wolff explained.

“It’s very difficult to undo the DNA of a car, and Monaco, Budapest, Singapore, were all tracks where we underperformed, underperformed a lot, last year.

“It’s a great challenge for us to come back this year, tame the ‘diva’. It’s not a diva this year, actually, she’s behaving better.

“It’s a difficult one. Why our car doesn’t like to be quick around the corners in Monaco, we haven’t found out yet.”

Wolff believes Ferrari and Red Bull will be firm favourites this weekend.

“We don’t head into the weekend as favorites — they are Red Bull and Ferrari,” he added.

“Red Bull are strong in the slow-speed corners and where straight line speed is less important, while Ferrari dominated last year.

“Our job is to deliver a smooth practice program, apply our learning from recent races and maximise the potential of the car, whatever that proves to be.”

Mercedes has won in Monaco three times in the last four years, though last year neither Hamilton nor Bottas finished on the podium.

In that event Vettel headed a Ferrari 1-2 over Kimi Raikkonen, with Daniel Ricciardo third for Red Bull.

Ricciardo has only finished off the Monaco podium once since joining Red Bull in 2014, leaving Hamilton to suggest the Milton Keynes-based squad will be ones to watch again this weekend.

“If you look at Daniel Ricciardo (in Barcelona) he was much quicker in the last sector, and the last sector is all downforce, so they’re going to be rapid in Monaco, and very hard to beat,” said Hamilton.

“So different things that are coming up are challenging, I don’t think it’s going to be clear as it was (in Spain) at every single race.”

“I think Red Bull is going to be strong, Ferrari were on pole last year, so it’s not going to be an easy weekend,” agreed Bottas.

“But if we keep pushing and learning like we have been all season so far we can hopefully have a good weekend, and a good car for the qualifying, because that’s going to be really important.”

Mercedes currently tops the constructors’ championship standings over Ferrari, and has nearly double the points of third placed Red Bull.

It comes off the back of Hamilton dominating the Spanish Grand Prix, victory in which moved him 17 points clear of Vettel in the drivers’ title race.

The Monaco Grand Prix begins on Thursday with two practice sessions, before final practice and qualifying on Saturday.