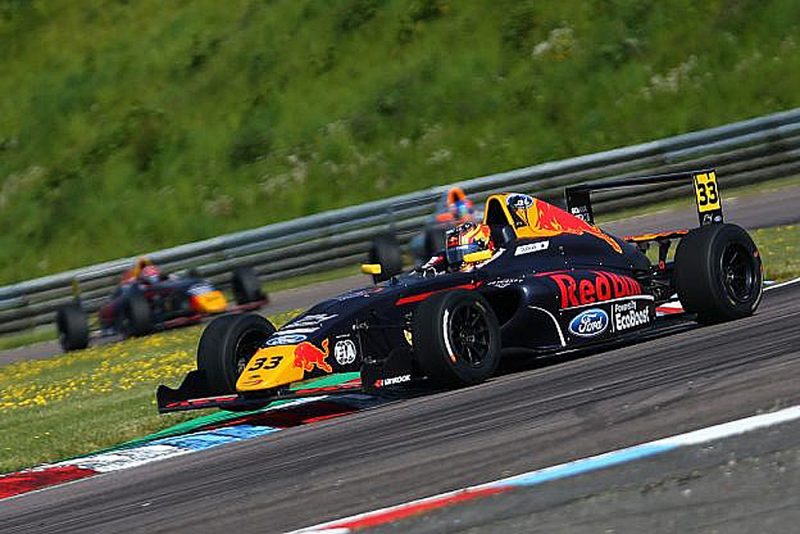 Jack Doohan has claimed his maiden British Formula 4 win in Race 3 at Thruxton.

Starting second, Doohan got the better of pole-sitter Dennis Hauger at the end of Lap 5 and pulled clear of the chasing pack to take his first win in the category.

The Australia also received GBP5000 in prize money for being the first rookie driver to win a race in 2018.

It came off the back of a frustrating end to Race 2, where he lost the lead on the final lap to Kiern Jewiss.

Jewiss had won the opening race of the weekend from Ayrton Simmons and Paavo Tonteri.

Tonteri and Simmons swapped places in Race 2 as Doohan fell to ninth, bouncing back to win Race 3 from Simmons and Hauger.

Doohan now sits third in the championship which heads to Oulton Park on June 9-10. 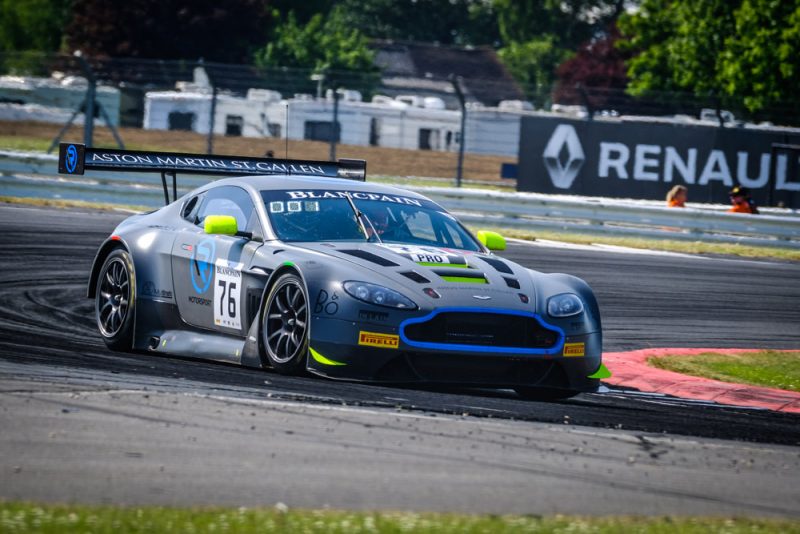 The trio shared an Aston Martin Vantage V12, heading the early stages before dropping to second during the second round of stops.

Marciello held on for second in the entry he shared with Tristan Vautier and Adam Christodoulou.

The Blancpain GT Series next heads to Paul Ricard in France for a six hour race as part of the Endurance Cup on June 1-2. 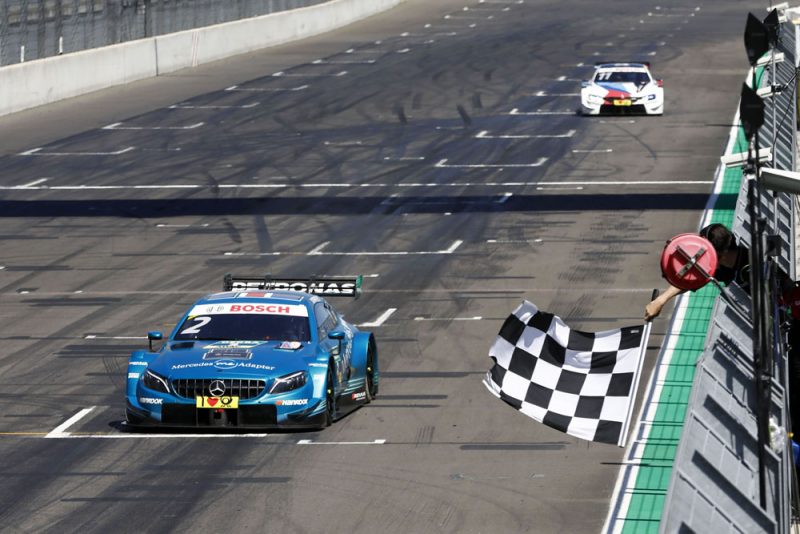 Eduardo Mortara and Gary Paffett have shared DTM’s two races at the Lausitzring.

Mortara won the Saturday race, his first since joining Mercedes at the start of 2017, with Paffett backing up his win at Hockenheim in the Sunday race.

Having qualified seventh, a late stop was enough to move Mortara forward in the opening race, which he headed from Timo Glock and Philipp Eng.

A frightening crash saw Rene Rast taken to hospital for precautionary checks after a clash with Loic Duval.

On Sunday, Paffett moved into the lead on the third lap before surviving a late charge from second placed Marco Wittman as Pascal Wehrlein rounded out the podium.

Glock leads the championship standings by a single point over Paffett after four of the season’s 18 races. 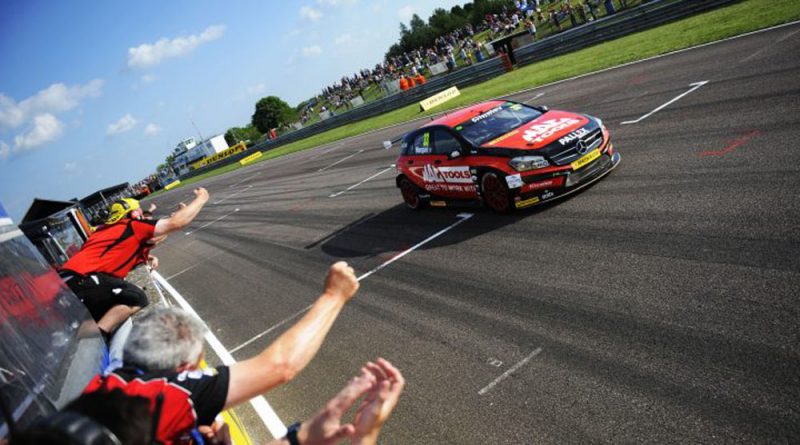 Adam Morgan moved to the head of the British Touring Car Championship standings following a lights to flag victory in Race 3 at Thurxton.

Morgan converted pole position into an early lead, holding out ahead of a battle for second between Jack Goff and Senna Proctor.

Matt Neal won the opening race of the weekend with Josh Cook taking the honours in Race 2. 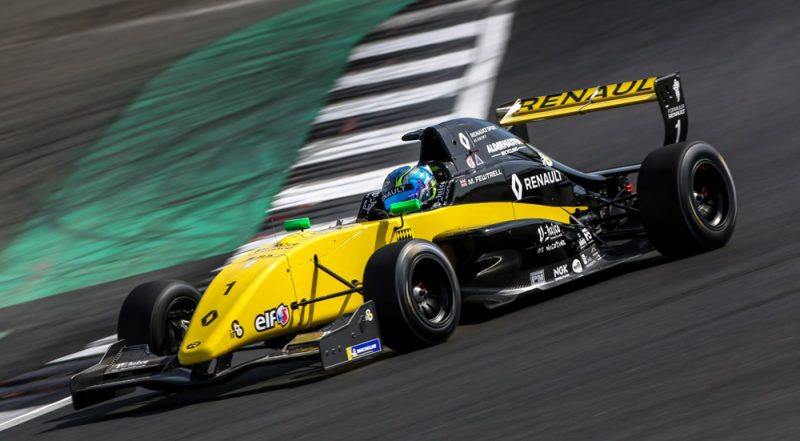 Australian Alex Peroni made contact with Frank Bird drawing the Safety Car in Race 1 before Fewtrell gapped the field at the restart to win from Logan Sargeant and Yifei Ye.

In Race 2, Oscar Piastri was part of a group battling at the front end of the race, the Aussie ending the 17 lap race fourth behind Ye, Sargeant and race winner Milesi.

Thomas Maxwell an opening lap casualty after an incident with Bird, Fewtrell, and Arthur Rougier that saw him home in 16th, one spot back from Peroni.

The Formula Renault Eurocup next heads to Monaco in support of the Grand Prix on May 24-27. 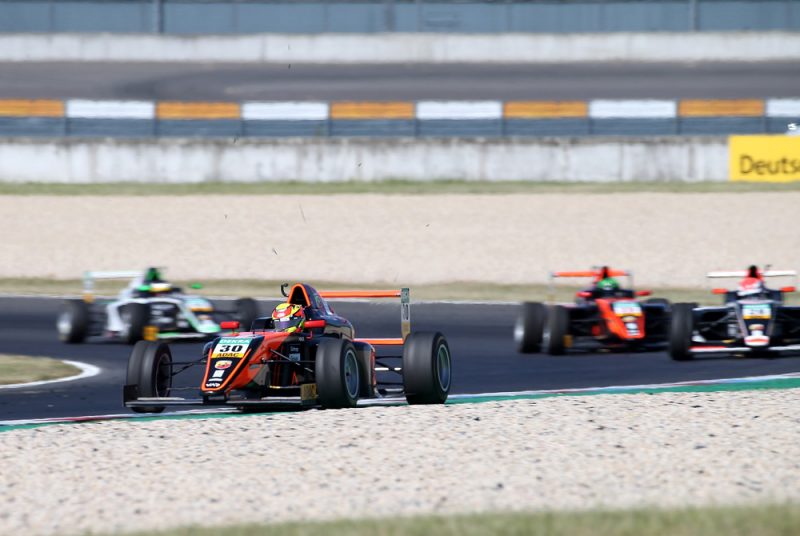 Lawson won the opening race of the weekend on Saturday morning, before finishing second in Race 2.

The New Zealander then claimed the final race of the weekend to move to second in the championship.

Enzo Fittipaldi and Mick Wishofer completed the podium in Race 1 after championship leader Lirim Zendeli was forced out of the lead with a technical problem just a lap from home.

Zendeli then won Race 2 from Lawson and Oliver Caldwell, with the Race 3 podium completed by Charles Weerts and Wishofer.

The German F4 championship next visits the Red Bull Ring on June 8-10. 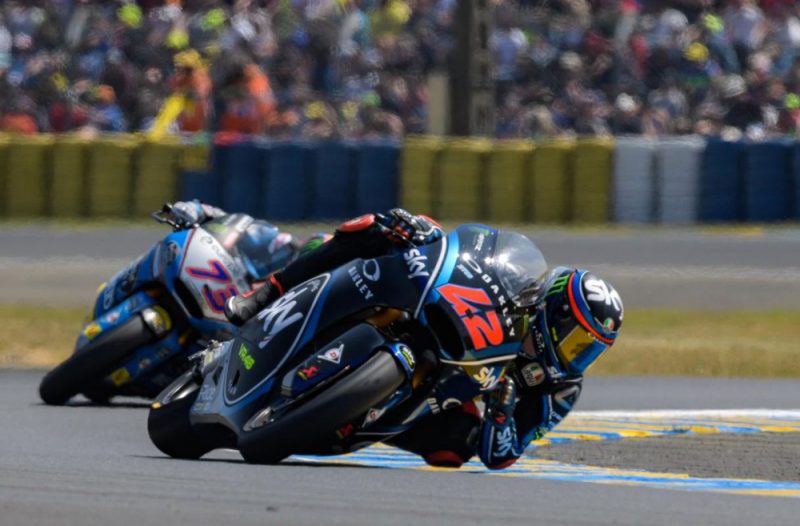 The front two pulled clear of the field before Marquez faded late in the race, while Mir moved into third after passing Marcel Schrotter.

However, a three-second penalty for cutting Turn 6 earlier in the race dropped him to fourth, promoting Arenas to first.

It was the Spaniards first Moto3 win, and came ahead of Andrea Migno and Marcos Ramirez. 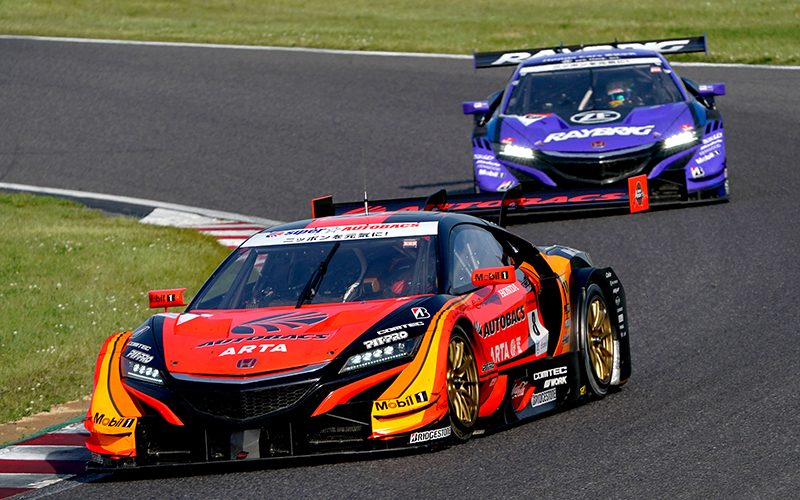 A safety car on Lap 14 caused by Heikki Kovalainen saw Button come under attack from Cassidy at the restart, moving into second place with a move at Turn 1.

Button quickly pitted as Yamamoto recovered the lost position, and while he closed on Nojiri for the race lead was never able to make a move stick. 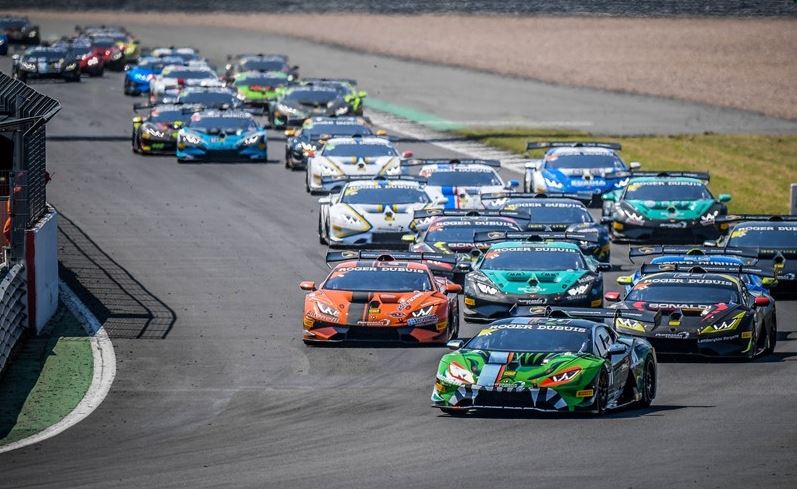 They headed Daniel Zampieri and Giacomo Altoe by 1.7 seconds at the flag, with Patrick Kujala third.

Australian Caitlin Wood endured a tough race, running off track as she avoided an incident which dropped her down the order.

A drive-through penalty for a pit lane infringement further hampered the progress in the car she shares with Brent Millage.

Wood and Millage ended the race 11th in the 15 car Am class.