The Winton SuperSprint saw two first-time winners in this year’s Virgin Australia Supercars Championship, but they weren’t the only impressive performers in rural Victoria.

Speedcafe.com wants to know who you think was the top performer in the sixth event of the season. Read through the shortlist below and cast your vote in this week’s Pirtek Poll. Fabian Coulthard has been very much overshadowed by team-mate Scott McLaughlin during a 22-race winless run stretching back to last August’s Sydney SuperSprint.

The DJR Team Penske Fords locked out the front row for both races, Coulthard albeit a tenth of a second slower than Car #17 in each Armor All Qualifying session.

The 35-year-old made a relatively poor start to Race 13 but still finished fourth.

On Sunday, Coulthard led the field away and was ultimately unstoppable on his way to an 11-second victory after Shane van Gisbergen gave up the chase in the final stint. 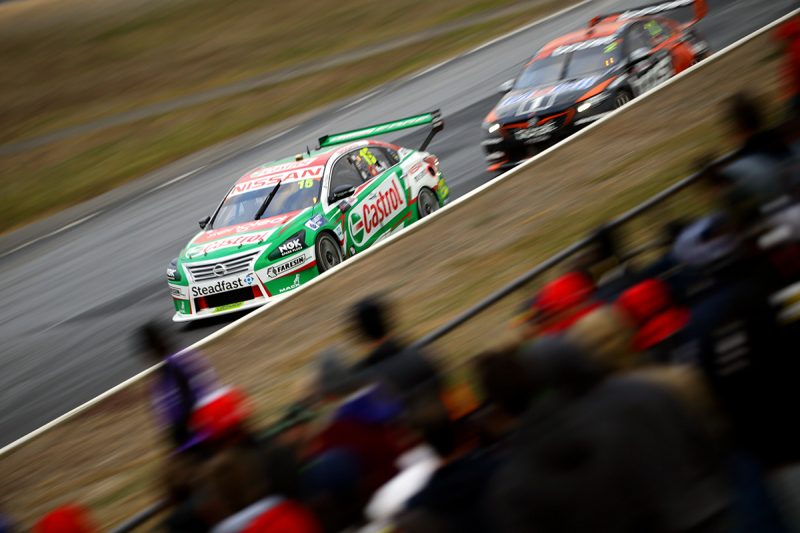 Rick Kelly tied with Coulthard for the unofficial round win after a highly emotional triumph in Race 13.

Just four days after Nissan announced the impending end of its support for Kelly Racing and exit from Supercars, Kelly was in the right place at the right time when leader McLaughlin slipped wide at a late restart.

The win, a first for the 2006 champion in 210 races, was somewhat fortuitous but his Castrol Altima had genuine pace and Kelly was mistake-free and cool under pressure in the final laps.

Race 14 was a similar story, but on that occasion Car #15 took the chequered flag in fourth after losing time in traffic during the middle stint of the 67-lapper. 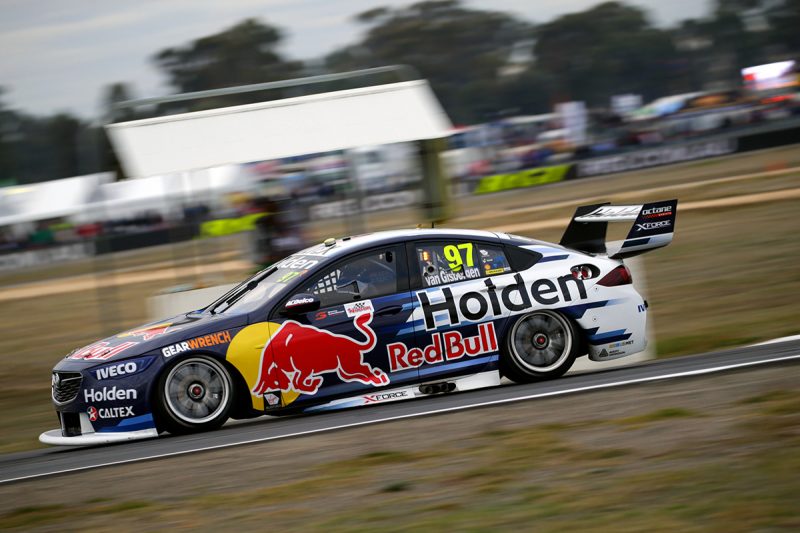 Triple Eight Race Engineering couldn’t get qualifying right but had perhaps two of the best racers of the weekend in Shane van Gisbergen and Craig Lowndes.

Both races unfolded in similar fashion for van Gisbergen, who ran relatively long in his first stint on Saturday and first two on Sunday to exploit the clear track in front of him.

Car #97 didn’t make up enough time to resume Race 14 in front of McLaughlin for the final stint as hoped.

However, van Gisbergen ran down his compatriot with ease on the road on his way to a solid second position to be the only double podium finisher of the weekend. The Walkinshaw (Andretti United) resurgence continues to be spearheaded by Scott Pye, whose finishes of second and sixth at Winton leave him sixth in the championship.

Pye adopted a similar approach to van Gisbergen in Race 13, pitting two laps earlier at the end of Lap 25, and ended up challenging Kelly for victory in the final laps.

Car #2 was perhaps not quite as sharp the following day but the South Australian maintained his starting position of sixth in net terms and collected the equal-fourth-highest points haul for the event. 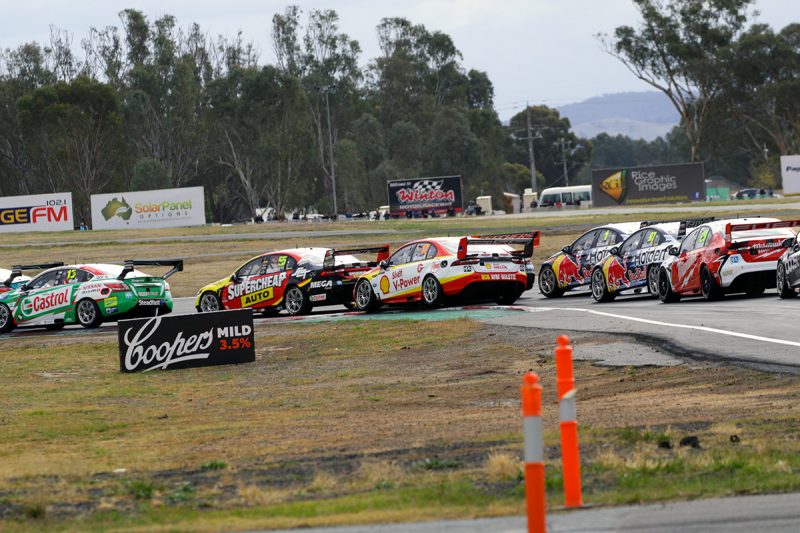 McLaughlin took his sixth and seventh Armor All Poles of the season at Winton, making for five in the past six races.

He headed Race 14 by over six seconds when the Safety Car was called on Lap 31 of 40.

At the restart, the championship leader slid through Turn 1 on cold tyres and gave up four positions by the time the field exited Turn 4 as a fifth straight race win went begging.

On Sunday, McLaughlin made a poor start and plummeted to eighth through the opening corners before salvaging a third placing.

Car #17 and its 24-year-old pilot were again clearly the quickest combination, but this weekend was one of missed opportunities after a dose of bad luck on Saturday. 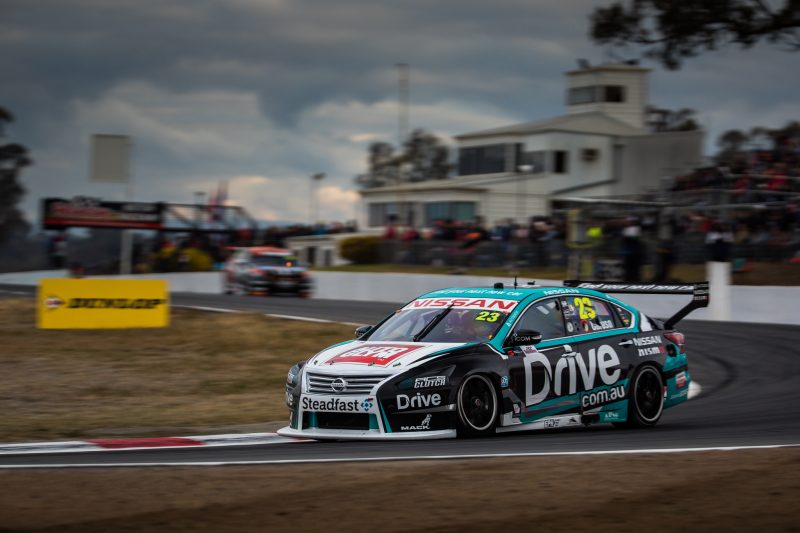 A pair of second row starts yielded no podiums for Michael Caruso, who might have been the man to profit most from McLaughlin’s mistake had the middle of his race gone better.

Caruso ran second early in Race 13 in the Drive Altima but gave up margin in the laps following his relatively early pit stop at a circuit where tyres take some time to come up to temperature.

He was fifth once the cycle played out before losing a position to van Gisbergen and finishing sixth, then took fifth on the Sunday.

Caruso showed strong pace throughout the weekend to back up Nissan Motorsport’s recent momentum shift. 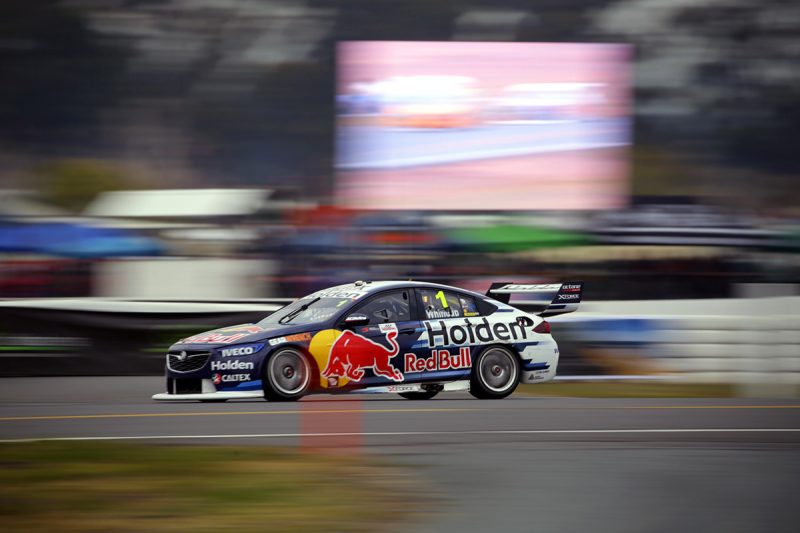 Jamie Whincup had another fairly underwhelming weekend at least as far as bare results are concerned, but drove better than the statistics suggest.

The champion had “amazing” pace on Saturday according to Triple Eight team manager Mark Dutton and would likely have finished higher than he started before Car #1’s front anti-rollbar broke.

He was a net non-mover in Race 14, starting and finishing eighth. 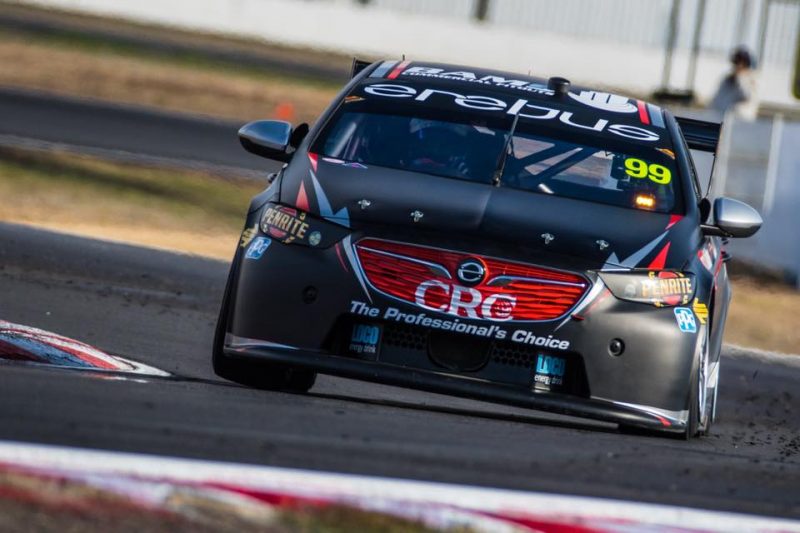 Anton De Pasquale became the first driver to outqualify David Reynolds as an Erebus Motorsport team-mate when he put Car #99 ninth on the grid for Race 13, his fourth top 10 start in five races.

On Erebus’ first genuinely poor weekend of this season, it was the rookie who performed the better overall out of the team’s two drivers, though Reynolds was plagued by a mechanical problem on Sunday which saw him qualify last. Lowndes’ weekend was an unfortunately familiar tale of having to make something of bad qualifying positions, though Triple Eight in general struggled to achieve good starting positions.

The veteran raced much better, picking up net 11 positions in each race.

He finished particularly strongly in Race 14, shaking out 19th after the pit stops before a climb through the midfield which ended with Car #888 eventually passing Will Davison for 12th after hounding the 23Red Falcon for several laps.

Despite finishing both races outside the top 10, the misfortune of others means that Lowndes is now third in the championship. Richie Stanaway enjoyed what was clearly his best weekend as a solo driver in Supercars, first by qualifying higher than he had before with 12th on the Saturday and bettering that again on the Sunday.

His Race 13 unravelled quickly when the #56 Falcon was turned around at the fourth corner, and again on Lap 39.

In Race 14, however, Stanaway was Tickford’s best with a steady drive to ninth, a full nine positions better than his previous best outside of Pirtek Enduro Cup starts.