Miller: France ‘maybe most convincing race of my career’

Miller: France ‘maybe most convincing race of my career’ 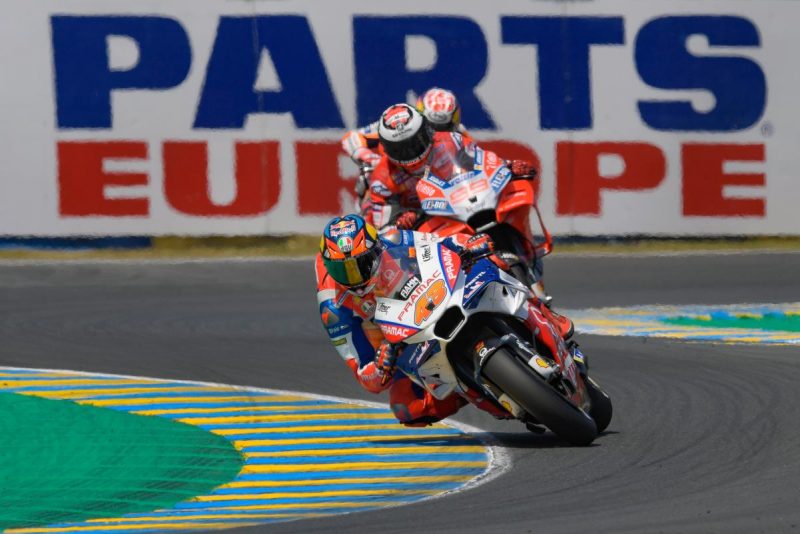 Jack Miller believes that finishing a ‘normal’ MotoGP race in fourth position is possibly the ‘most convincing’ performance of his career so far.

Miller equalled his best result of the season to date in the French MotoGP and in doing so recorded an eighth straight top 10 dating back to last year at Phillip Island.

The Queenslander is already a race winner in the premier class having taken out the Dutch TT in 2016.

However, heavy rain played a significant part in the outcome of that race, and again in April’s chaotic Argentina MotoGP when he also finished fourth.

Miller, who has not finished another race on the podium, suggested that the unusual nature of those grands prix meant that the results were not as meaningful in terms of his actual performance.

“For me, this was a pretty big result,” he wrote of the Le Mans race in his Red Bull column.

“Could be better, could be worse… But all things considered, maybe this was the most convincing race of my career in MotoGP.

“There’s never going to be anything that feels like that win, but it was raining, guys crashed out, etc etc.

“I was fourth this year in Argentina when I was on pole and pretty frustrated to be off the podium, but that was another weird race with that start and everything that went on.

“This one in France was different. Less than a second off the podium, six seconds off the win, a dry and normal day, no random stuff happening. Completely on merit.

“Maybe not the most exciting race for me, sure, but definitely one to be happy about.”

In the corresponding round a year ago, Miller somehow escaped serious injury in a huge head-on impact with the wall during practice.

That crash and an argument with Jorge Lorenzo which took place in the safety commission meeting the night before led to scathing criticism from the three-time premier class world champion over what he perceived to be Miller’s cavalier attitude to safety.

While Andrea Dovizioso crashed out of this year’s French MotoGP while leading, and pole-sitter Johann Zarco three laps later while running second, Miller said that he heeded a ‘warning’ when he nearly went down on worn tyres.

The 23-year-old, who rides a Ducati Desmosedici GP17, went on to finish behind Marc Marquez, Pramac Ducati team-mate Danilo Petrucci on a current-spec GP18, and Valentino Rossi.

“I always seemed to be about 1.5s behind (Rossi) and could never really push as much as I wanted at the end,” recounted Miller.

“Both me and Danilo went with the soft front/soft rear tyres and we had to manage them in those last few laps.

“I had a moment with a big tyre squish in the corner coming onto the back straight, missed the apex, got up on the kerb… that was the warning for me.

“Maybe if I don’t make that mistake, I’m there to battle with him on the last two laps.

“But anyway, you saw how easy it was to throw it down the road today with ‘Dovi’ and Zarco crashing.

“So fourth for me is a great result, and two bikes in the top four for the team is awesome.”

Miller is now a best ever sixth in the championship ahead of the Italian MotoGP on June 1-3.