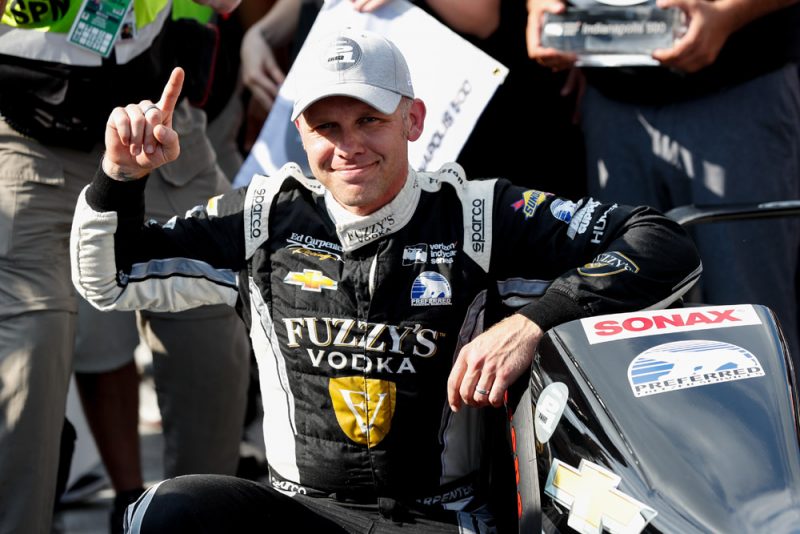 Ed Carpenter has will start from pole position for the 2018 Indianapolis 500 after setting the fastest four lap average during qualifying.

It’s Carpenter’s third Indy pole in six years, and comes after he was the only man to set a 230mph lap.

His four lap average ended up at 229.618mph, almost a mile an hour faster than the leading Penske of Simon Pagenaud who will start second.

Will Power completes the front row, the Australian having reached the Fast Nine, which determines the front three rows of the race, every year since 2010.

Fourth fastest was Josef Newgarden, who will start inside Sebastien Bourdais on the second row, with Spencer Pigot on the outside.

Prior to the Fast Nine session for the front three rows, the remainder of the 33 car field qualified, with James Davison ending 19th fastest overall.

Having crashed during practice, Davison recovered to narrowly escape the cut on bump day to ensure himself a place in the race.

The Australian had been 33rd fastest on Saturday, while Pippa Mann and James Hinchcliffe found themselves reduced to spectators for the remainder of the event.

The first is on Monday while final practice is scheduled for Friday as race week ramps up.