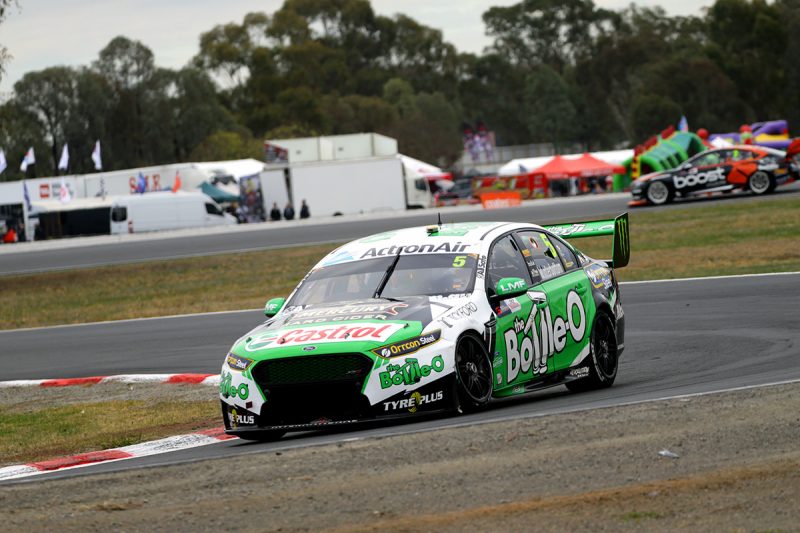 Stewards have elected not to issue sanctions to either Mark Winterbottom or Shane van Gisbergen following a collision in qualifying at the Winton SuperSprint.

Despite the drivers being at odds as to who was at fault for the contact, stewards have deemed that neither driver was “wholly or predominately to blame” for the incident.

“The Incident involving contact between Car #97, Shane van Gisbergen, and Car #5, Mark Winterbottom, because the evidence did not establish that either driver was wholly or predominately to blame for the Incident,” read the stewards report.

Winterbottom will start from 18th on the grid while van Gisbergen will line up in seventh spot for today’s 67 lap race.

A request for an investigation by Brad Jones Racing that alleged Lee Holdsworth impeded Tim Blanchard did not warrant a referral to the stewards.