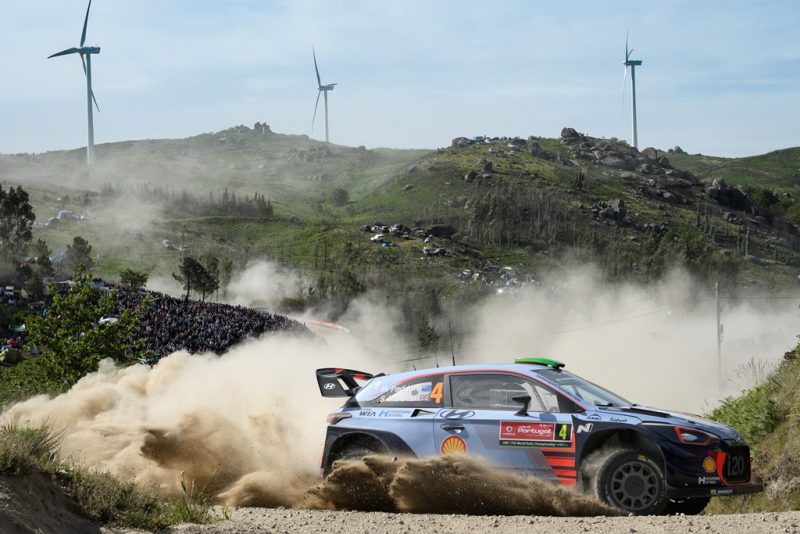 Paddon complained of back pain following his crash during the second run through the Ponte de Lima stage on Friday, and was air-lifted to hospital in Porto as a precaution.

It’s understood Paddon had gone wide on a right hand corner in an effort to avoid a stone, only to run into a ditch with the driver’s side of the Hyundai i20 Coupe WRC taking the brunt of the impact.

The New Zealander’s co-driver, Seb Marshall, was uninjured in the crash, and Paddon was discharged on Saturday morning.

Meeke was also air-lifted to hospital for precautionary checks as he looked to battle his way back into contention after a puncture on Friday left him a minute off the lead.

The Citroen driver left the road on the Amarante stage on Saturday, colliding with a tree.

Though both he and co-driver Paul Nagle climbed free from their car unassisted, the Northern Irishman then complained of back pain which saw him taken to hospital in Porto.

Like Paddon, Meeke was released following the precautionary checks.