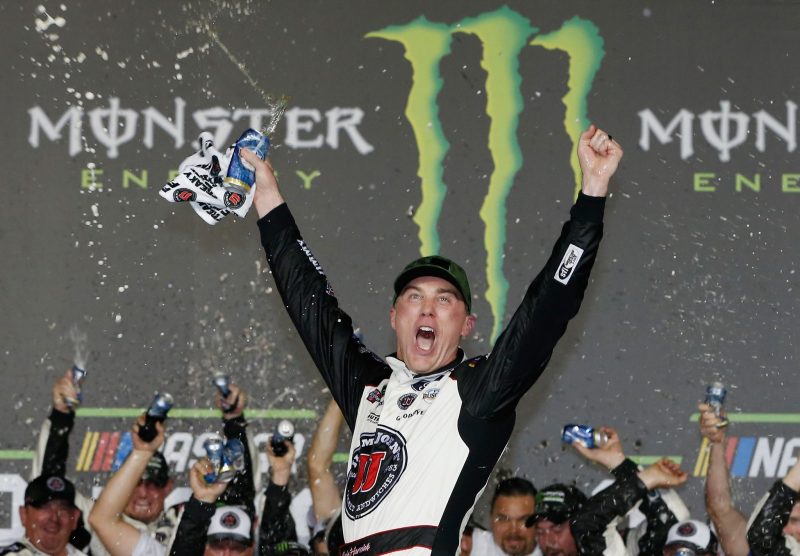 Harvick fended off Daniel Suarez in a race that went into overtime during the final 10 lap stage.

Joey Logano was third ahead of Denny Hamlin with Chase Elliott rounding out the top five.

Race winner Harvick also claimed the opening stage of the race, moving into the lead following an early Caution, before holding the spot through the remainder of the 30-lap stage.

A multi-car crash interrupted Stage 3 with two laps left to run, with Brad Keselowski, Matt Kenseth, Kurt Busch, Clint Bowyer and a host of others involved.

Like the finale, the Caution forced the stage into double overtime, with Harvick edging Suarez.

The Mexican had also narrowly missed out on the win in Stage 2 to Kyle Busch, as Suarez moved up the order in the back half of the 20 lap stage.

Kyle Larson had been in contention as the final stage began, falling in line third at the restart behind Harvick and Suarez.

However, contact with Logano at Turn 4 with two laps remaining saw Logano make contact with the wall and Larson spin into the infield.

The caution that followed forced the race into overtime, with Harvick heading the way to the flag.

Victory for Harvick came with a $1 million prize pool, and follows his five regular season wins already in 2018.