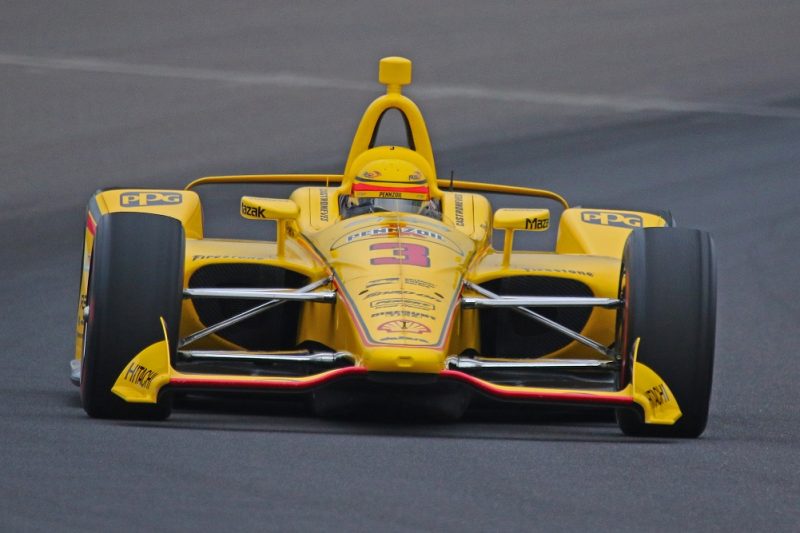 Helio Castroneves topped the first day of qualifying but James Hinchcliffe’s 2018 Indianapolis 500 campaign could already over after he failed to make the top 33.

The Brazilian and his signature #3 were fastest with a four-lap average speed of 228.919mph (368.409km/h) in what is set to be his second and final IndyCar race meeting this year.

Hinchcliffe had not made a qualifying attempt before a rain delay of approximately two hours and could only manage an average of 224.784mph (361.755km/h) when the #5 Schmidt Peterson Honda was the first car back on-track.

He aborted a second run due to what he described on his radio as a “wicked vibration”, and ran out of time to make a third run.

The 2016 Indianapolis 500 pole-sitter could still take the start in just over a week’s time given that the car qualifies for the race, as opposed to the driver.

There was better news for Ed Carpenter Racing with all three of its drivers making the Fast 9, namely Carpenter himself (#20 Chevrolet) in second, Spencer Pigot (#21 Chevrolet), and Danica Patrick (#13 Chevrolet) in what is set to be her racing swansong.

Honda’s only drivers on the first three rows of the grid will be Sebastien Bourdais (#18 DCR w/ Vasser-Sullivan) and Scott Dixon (#9 Chip Ganassi).

James Davison just made it into the top 33 only a day after crashing the #33 Foyt w/ Byrd-Hollinger-Belardi Chevrolet in practice.

Pole Day begins with separate practice sessions for the cars which will start in positions 10 to 33 and those in the Fast 9.

The former group will then qualify on Monday morning from 0445 AEST, and the latter from 0700.