Abt turns pole into victory at Berlin Formula E

Abt turns pole into victory at Berlin Formula E 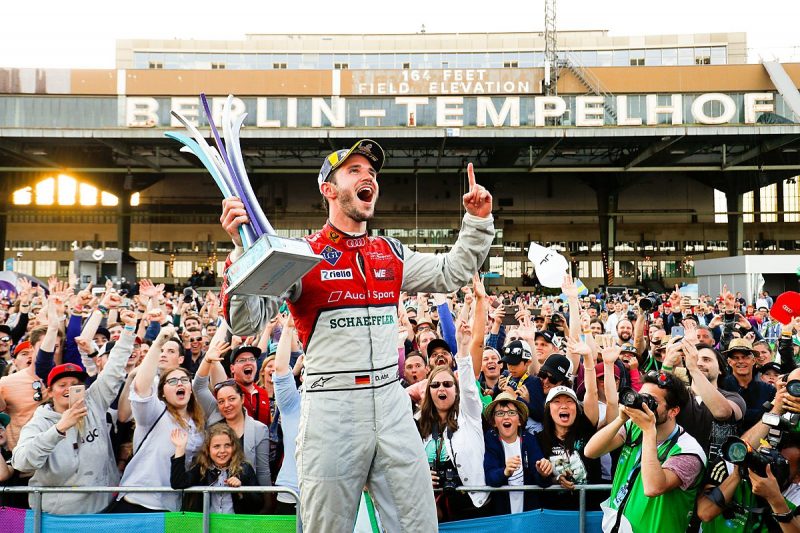 Daniel Abt has turned pole position into a race win for Audi at the FIA Formula E Berlin ePrix.

The German driver led home team-mate Lucas di Grassi in a commanding performance to secure a one-two result for Audi at his home race, while Techeetah’s Jean-Eric Vergne extended his championship lead with a third place finish.

“I keep saying I have these weeks where I just feel like good stuff is going to happen and I had this feeling here in my home round.

“There is so much positive energy from everyone around, from the fans to the staff.

“I felt confident today all of a sudden, in qualifying there was not much more in it and was spot on and from then on, I knew we could win it.

“To get a one-two with Lucas was so special for Audi, for everyone and the team.”

Abt comfortably assumed the top spot at the start ahead of fellow front-row starter Oliver Turvey (NIO), as Jerome d’Ambrosio (Dragon Racing) slotted his way into third.

Before long, Abt had pulled clear of Turvey as di Grassi charged his way into the top three after starting fifth, with successive moves down the inside at the Turn 6 hairpin to put himself second.

When the pit stops came around, Abt held over a four-second lead at the head of the field, with Turvey the first of the front runners to stop on Lap 22, followed by the rest of the top five a lap later.

Upon rejoining, it appeared di Grassi would challenge for the lead, however, Abt managed to re-establish his margin and take the chequered flag 6.7s ahead of his Audi stable-mate.

The win is Abt’s second Formula E triumph and with di Grassi in second, it hands Audi its first one-two result in the championship.

Vergne battled his way past Sébastien Buemi (DAMS) in the closing stages to finish third after losing out to the Swede in the car-swap sequence.

Buemi ended up fourth ahead of Turvey and New Zealander Mitch Evans who finished sixth for Jaguar.

D’Ambrosio ultimately found himself in 19th after running near the front in the early stages.

Formula E will now head to the Zurich Street Circuit for Round 10 on June 10.