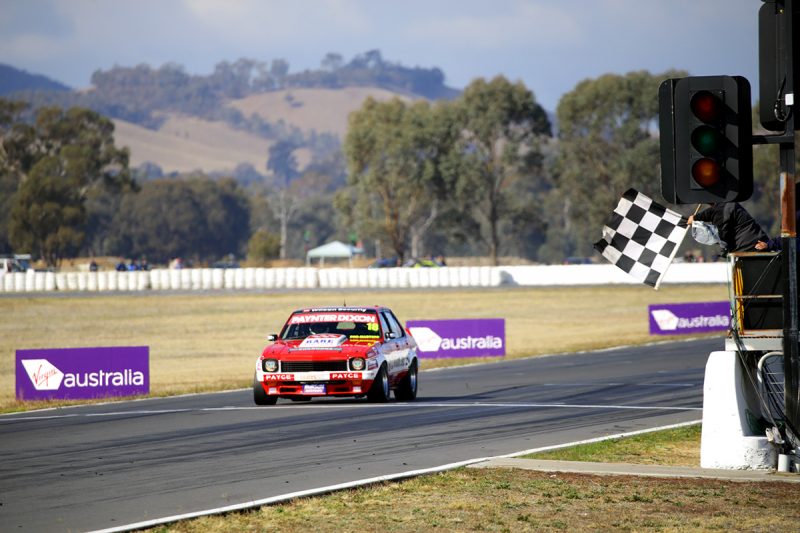 John Bowe and Steve Johnson shared victories in the first two races of Touring Car Masters at the Winton SuperSprint.

Bowe (Holden Torana) charged from last on the grid in the Trophy Race to end up on the top step of the podium after muscling his way past Jason Gomersall (Holden Torana) on the final lap.

In Race 2, Johnson (Ford Mustang) led off from pole to take a commanding victory ahead of Bowe and Ryan Hansford (Holden Torana).

Adam Bressington and Mark King, both Chevrolet Camaros, were fourth and fifth, while Andrew Fisher (Ford Falcon) held onto sixth despite a dicey end to the race.

Cameron Tilley (Valiant Pacer) tried to slip up the inside of Fisher on Lap 9, though the pair made contact and Tilley then came under pressure from Bruce Williams (Holden Torana) behind.

It didn’t take long for Williams to pounce on Tilley, however, the two came together on the run down to Turn 4, with Williams unloaded into the gravel.

Tilley continued on in seventh, as Gomersall launched an attack, but couldn’t find a way by, with Williams crossing the line 10th. 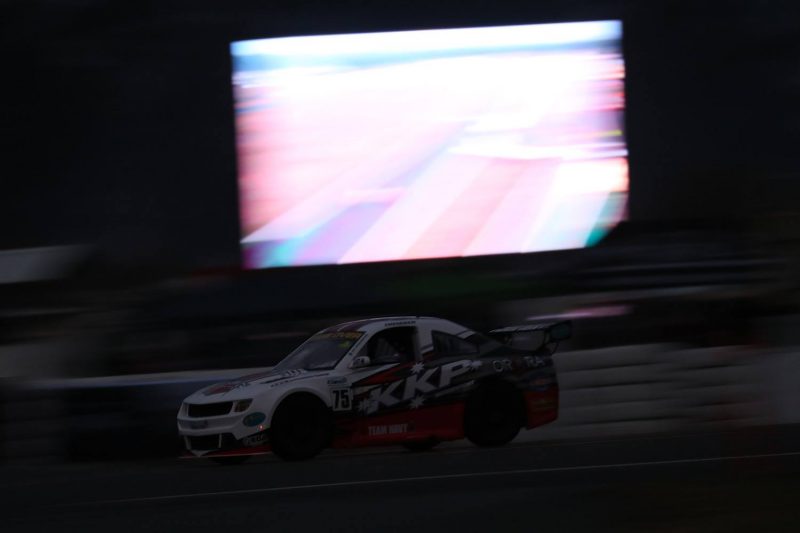 Kel Treseder beat Justin Ruggier by less than one hundredth of a second in a night-time thriller in Race 2 of Aussie Racing Cars.

With the original running of Race 1 called due to fog, Race 2 was scheduled for a start at 1720 and cars left the dummy grid in very low light.

Blake Sciberras made a strong start to slot in behind Race 1-winning team-mate Ruggier, with Treseder trailing the two Hertz cars.

Sciberras came up on a slow-moving Charlotte Poynting at the exit of Turn 9 on Lap 4, allowing Treseder to drive past before the next braking zone.

Poynting was limping back to the pits with damage after a coming-together with Madison Dunston back at Turn 3.

Ruggier moved clear as a result, but Treseder had caught up by the time they were on the sixth and penultimate lap.

The race leader drove his Western Sydney Motorsport entry down the inside of the circuit for the final two corners of the race, prompting Treseder to go the long way around.

Earlier, Grant Thompson escaped injury despite a spectacular rollover which brought an early end to Race 1. 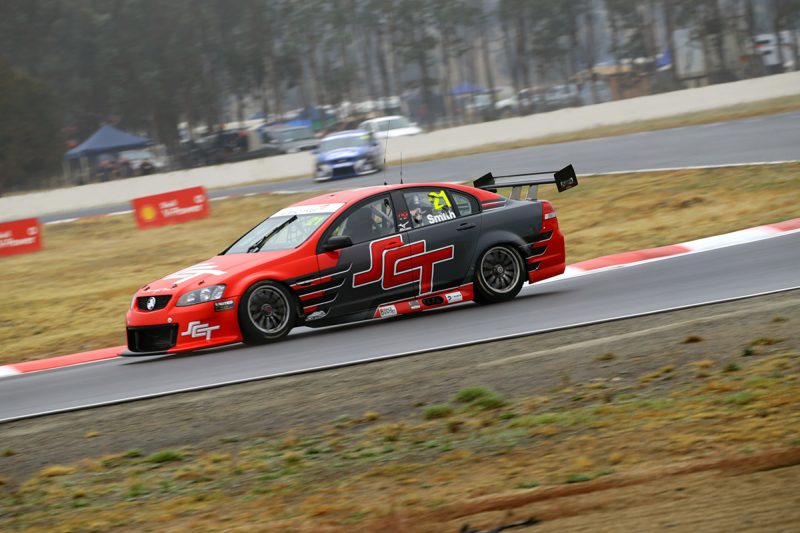 Jack Smith won the opening race of the weekend in the V8 Touring Cars.

Pole-sitter Jordan Boys (Ford Falcon) stalled at the start after damaging his clutch, dropping to the rear of the field and handing top spot to Garry Hills (Holden Commodore).

His stay at the front was short-lived though, with Smith (Holden Commodore) moving into the lead thanks to a pass on Lap 3, and MW Motorsport’s Zak Best (Ford Falcon) up to second shortly after.

By Lap 9, the recovering Boys had hooked onto the back of what became a four-car squabble for second position.

The Image Racing driver crossed the line at the head of that pack but copped a post-race penalty for a jump start, demoting him to fifth.

Jon McCorkindale (Ford Falcon) finished fourth and Hills was eventually shuffled down the order to sixth.