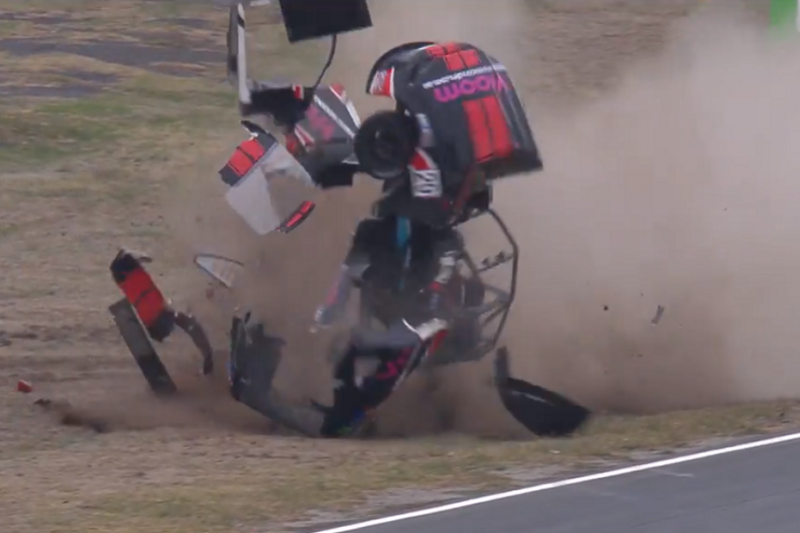 Grant Thompson has escaped injury after being tagged into a violent rollover over during Race 1 of Aussie Racing Cars at Winton.

Thompson was negotiating Turn 9 in the latter stages of the race when Jonathan Bloxsom slid wide on his outside.

Car #29 tripped up on the infield and went over, shedding all of its fibreglass body panels.

Thompson, who had time to brace for the rollover and was seen standing outside his car shortly after the incident, was examined at the circuit’s medical centre and given a clean bill of health.

“I’m all good,” he told Speedcafe.com when asked if he had any soreness.

“I’m fine. Car not so good but that’s alright, cars can be fixed.

“He kind of speared off and then I tried to avoid him, going right, but he just kept coming and tagged the back of me.

“These little cars, once they dig in, they only do one thing really, and that’s go over.

“As soon as it kind of highsided I knew I was going over so I just grabbed the belts and braced and the rest is history.”

While there was doubt over whether the chassis was sound to race again this weekend, Thompson confirmed that it would not see further action at Winton.

“Definitely won’t be back out this weekend,” he advised.

“I’m missing a body, that’s one of the main components.

“They give it what is called a birthday now; they’ll give it a new body and an overhaul now that it’s naked.”

Team-mate Justin Ruggier led all the way in the #8 Hertz-backed car and edged Kel Treseder, who was on a five-race winning streak, as the race was called a lap short of its scheduled 10 laps due to the Thompson-Bloxsom crash.

Joel Heinrich, who initially challenged for the lead, was third from another WSM driver in Blake Scibberas.

Race 1 had originally been the first session of today’s program at the Winton SuperSprint but was red flagged on Lap 3 due to fog, having run under Safety Car from the beginning,

Officials will attempt to hold what will be Race 2 after the Virgin Australia Supercars Championship race at 1720 local time/AEST, though fading light may prevent a start. 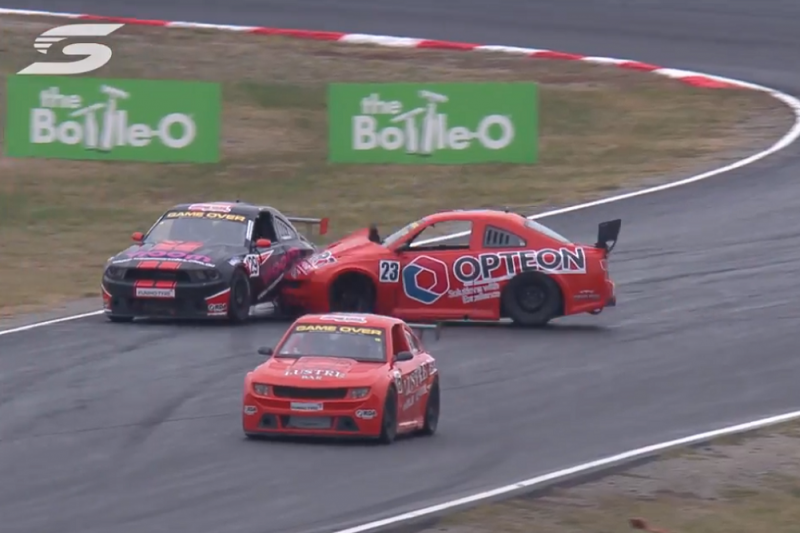 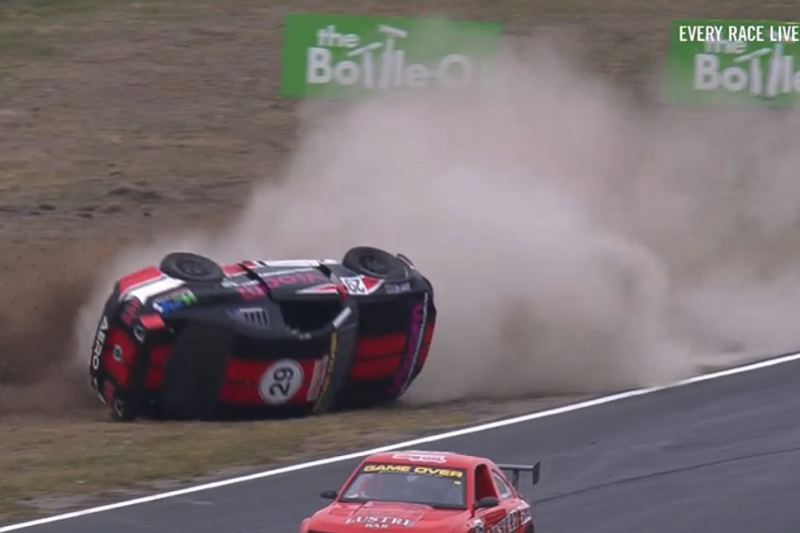 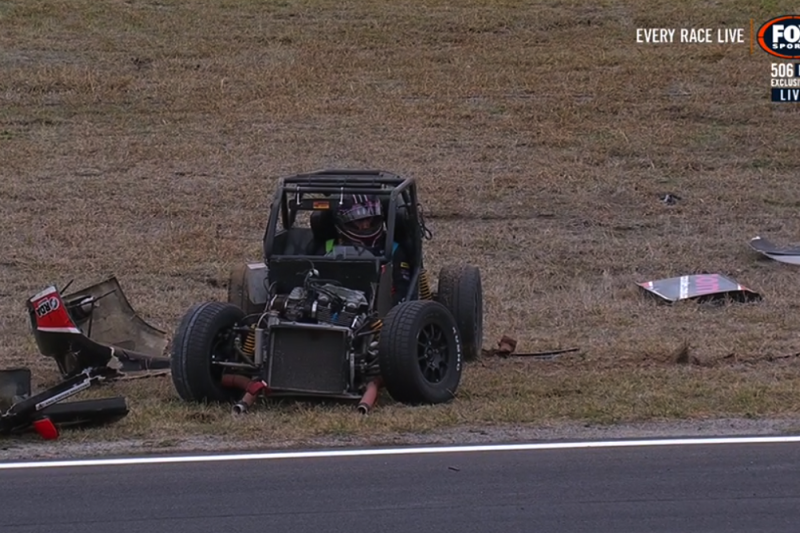