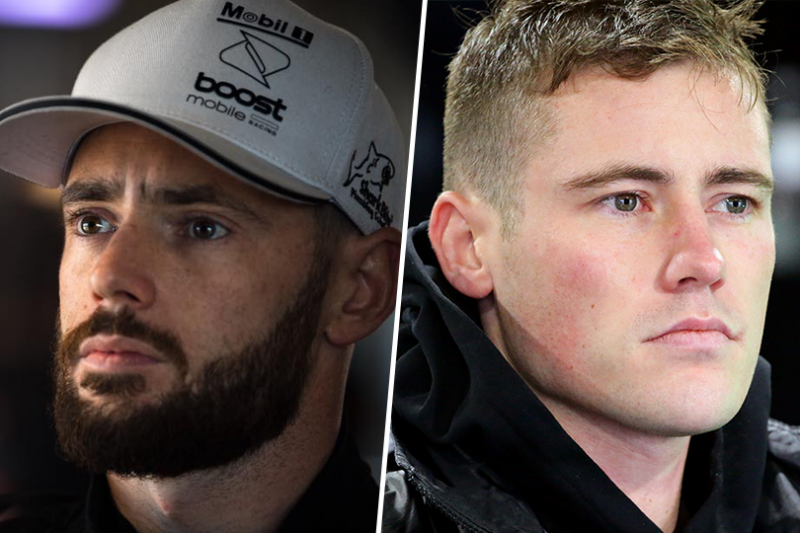 Scott Pye’s accusation that Richie Stanaway cost him potential victory in Race 13 has sparked a cheeky rebuke from the Supercars rookie.

The Mobil 1 Boost Mobile Commodore driver finished second at Winton but felt Stanaway had held him up at a crucial point during his opening stint.

Stanaway, who qualified 12th, was forced to fight back from being turned around on the opening lap by Jack Le Brocq, and while on the lead lap, he was not realistically in the hunt for the win.

The South Australian, who started fifth, was well-placed to challenge for the victory after choosing to opt for a longer opening stint, pitting on lap 25.

He emerged in contention with the lead group before passing Fabian Coulthard and Scott McLaughlin to put him on the back of leader Rick Kelly with seven laps remaining.

Pye also intimated that Stanaway’s rejoin from the pits late in the race “nearly took out the leaders” in what was a separate incident that drew anger from the Albert Park race winner.

He feels his a victory shot would have been enhanced without Stanaway’s involvement.

“In all honesty Stanaway, again same as Symmons Plains, I’m not sure what he’s thinking, it seems to be pretty common now with him, and we followed him for I think 17 laps,” said Pye in the post-race press conference.

“He rejoined, nearly took the leaders out, out of pit lane.

“And he was technically on the lead lap, so no blue flags, not that I saw any when he was an actual lap down anyway, but I mean, it really ruined our race from that point.

“Our pace was really good, and then when he let me past on Lap 17 I think we found nearly half a second lap.

“It was crazy how much he was holding us up. Even though we were about 1.2s behind him.

“I saw how much it affected me being behind Rick at the end of the race through (Turns) 7, 8, 9, and certainly being that close to a car.

“Once he pitted, suddenly our pace was really good.

“Certainly I saw the win right there in front of me, but did everything we could today and as a team grabbed everything. Strategy was on point and car speed was good.”

Stanaway issued a curt response to Pye’s comments stating that he didn’t feel he was holding up the 28-year-old.

“So far as I saw I was faster when I was in front of him, and once he got within 100 metres of me I let him go,” said Stanaway in a statement responding to Pye’s comments issued to Speedcafe.com.

“If he wants to complain about it I’ll go to a music store, buy a violin, and play a sad song for him.”

Stanaway, who also suffered a spin on the penultimate lap, was the last of the classified finishers on the lead lap in 22nd position.