McLaughlin caught out by tyre temps on restart

McLaughlin caught out by tyre temps on restart 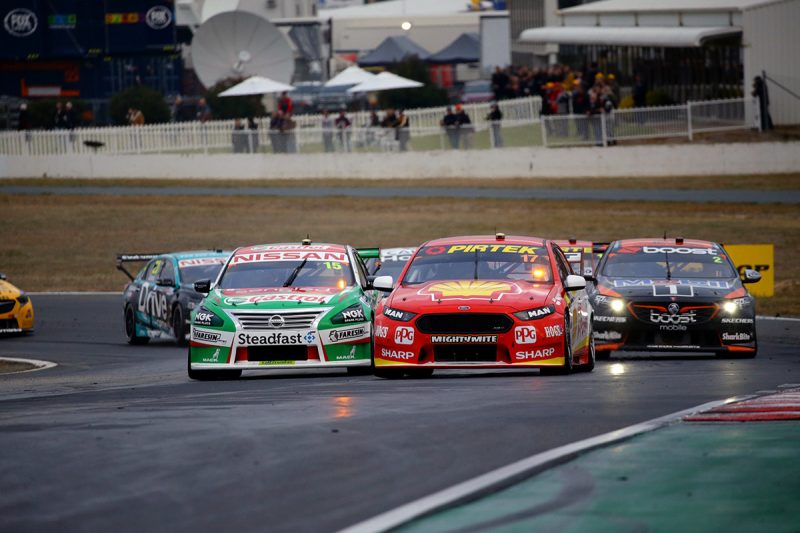 Scott McLaughlin admitted low tyre temperatures caught him out and cost him a chance of victory in Race 13 at the Winton SuperSprint.

The Shell V-Power Racing driver had controlled the race from pole position and was in sight of a fifth straight race win before an error on the Safety Car restart in the dying moments saw him surrender the lead.

McLaughlin ran wide at Turn 1 which allowed Rick Kelly to apply pressure on the Falcon before diving through at Turn 3 with seven laps remaining.

The Kiwi was pushed down to fifth where he remained at the chequered flag.

The championship leader admitted it was frustrating to see a potential win slip but was grateful to salvage fifth.

“(I) just didn’t have enough surface temperature on the tyre for the restart,” McLaughlin told Speedcafe.com.

“We just got caught. I made a mistake there.

“We had a really fast car. I don’t want to be negative because I don’t think it was that bad, we just got caught out on that Safety Car.

“My mistake didn’t help us but like it’s not too bad a day. Still top five, that’s the main thing.

“Unfortunately it’s a bit more of a rookie one that I don’t want to make.

“Obviously it’s frustrating it’s just, we salvaged a fifth and we’re disappointed with that, which is a good thing.

McLaughlin says he will work on his Safety Car restarts to ensure he avoids a repeat in the future.

“I’ll focus on that over time and try and get better. I’ve got my starts better, now I’ve got to work on my Safety Car restarts,” he added.

McLaughlin continues to lead the championship although his lead has been reduced to 140 points over Shane van Gisbergen.