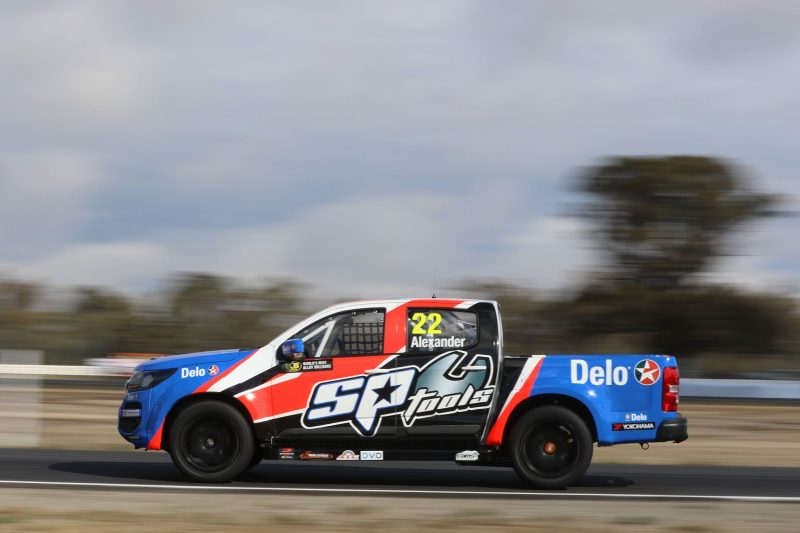 Tom Alexander has put the Ross Stone Racing Holden Colorado on pole for Round 2 of the ECB SuperUtes Series at a sunny Winton.

The New Zealander, a race winner in Adelaide, moved from third to first with a 1:43.2287s just before the chequered flag came out.

As was the case in practice, Harris spent much of the session trading track position with team-mate Aaron Cameron.

Dontas produced two noteworthy moments at the Turn 6/Turn 7 complex early in the session, the first a wild spin after becoming unsettled at the change of direction and the second when he bounced over the ripple strip at Turn 6.