Whincup: We’ve got some work to do

Whincup: We’ve got some work to do 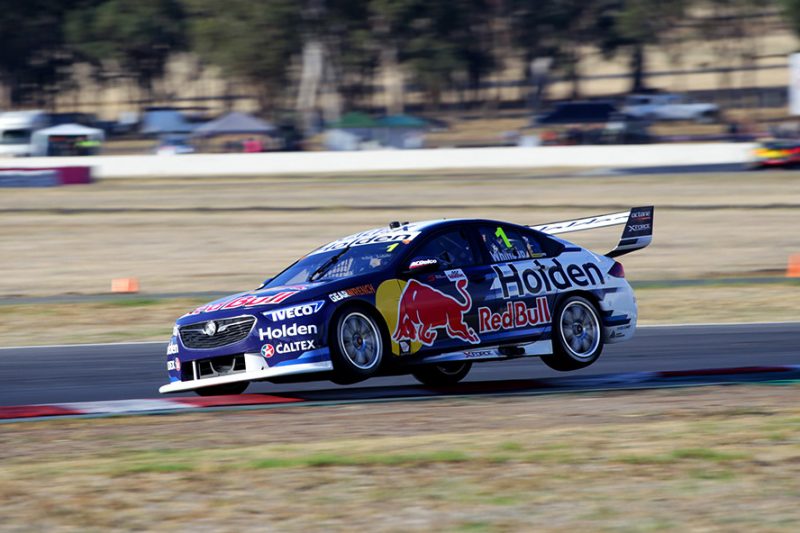 Jamie Whincup concedes that his Red Bull Holden Racing Team crew has “got some work to do” after he finished 16th in Friday practice at the Winton SuperSprint.

Like the majority of the field, Whincup went hunting for a fast lap on his ‘hand-back’ set of tyres at the end of the second 45-minute practice session, the day’s first for Supercars run in genuinely dry conditions.

His fastest lap, however, was a relatively distant 0.4760s from the pace set by Nissan Motorsport’s Michael Caruso.

Car #1 had been as high as second with just over 10 minutes of the 45-minute session remaining but was shuffled to the back half of the field during the final, green tyre runs.

“It was a semi-productive day today,” said Whincup.

“We all lost Practice 1 due to the weather and so we maximised as much as we could in Practice 2.

“The car was really good on old tyres and not very good on new tyres. There’s really no more to extract until we look at the data.

“It’s not ideal to be sitting 16th when we’re on new tyres so we’ve got some work to do unfortunately.”

Lowndes was more optimistic, however, despite also admitting that his crew needs to make changes tonight.

“We had a good car in the wet through Practice 1, we made good progress there, but then we had to start again for the second session, being dryer,” he recalled.

“We learned a lot, I think the car’s not bad to drive, we just need to find a bit more speed.

“Overall I’m still happy. We’re not quite where we should be in the results in the sense of the speed of the car, I think we could have done a better job with that.

“It’s pretty tight at the top, but I think that we’ve got a good direction for tomorrow.”

Shane van Gisbergen was fifth of five drivers covered by less than a tenth of a second at the top of the timesheets in the #97 Red Bull Commodore.

Last year’s Sunday race winner at Winton said that he was searching for more time to try and improve his position.

“The last session was dry but only for a car-width wide, so it was crazy because the track was really fast but you couldn’t afford to make a mistake or you’d go on water,” van Gisbergen explained.

“The times were good today, the car feels alright but it’s amazingly close across all of the cars so we need to find that small tenth of a second.”

The Virgin Australia Supercars Championship field returns to the circuit for Practice 3 tomorrow at 1030 local time/AEST.