James Courtney has undergone precautionary checks in hospital after suffering from a virus that ruled him out of Friday practice at the Winton SuperSprint.

The Mobil 1 Boost Mobile Commodore driver initially left the circuit on Friday morning to return to his hotel to rest after falling ill before Practice 1.

His team has confirmed to Speedcafe.com that the 2010 Supercars champion underwent checks at Wangaratta Hospital for a viral bug.

Pirtek Enduro Cup driver Jack Perkins filled in for Courtney in Practice 1 and 2 on Friday and will be on standby should he be declared unfit to drive on Saturday.

The team will assess Courtney’s condition on Saturday morning.

“James will continue to rest in the hotel tonight and we will evaluate his condition in the morning,” Mobil 1 Boost Mobile Racing general manager Mathew Nilsson told Speedcafe.com.

The Winton SuperSprint continues on Saturday with a 45 minute practice at 1030 AEST. 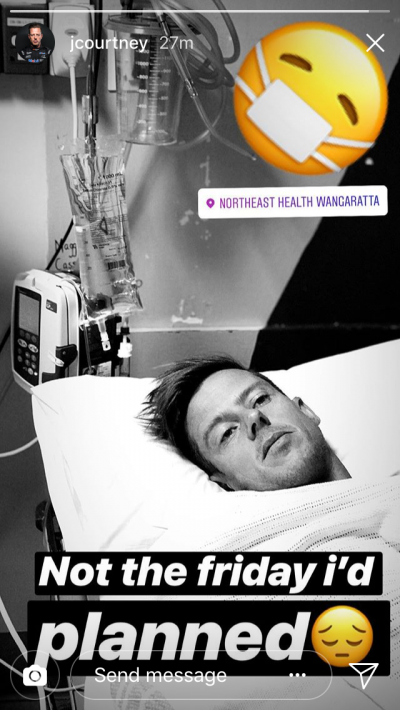