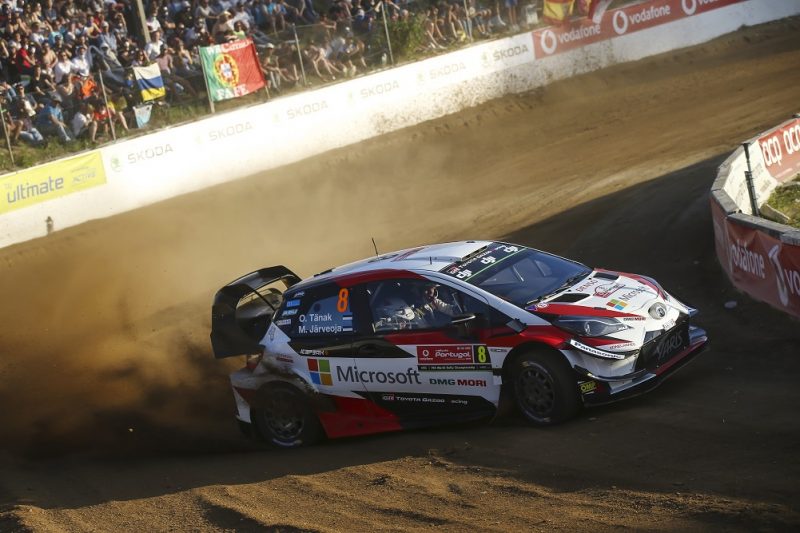 Ott Tanak has taken the early lead in Round 6 of the FIA World Rally Championship in Portugal having topped Thursday night’s super special stage.

Tanak took his Toyota Yaris around the 3.36km Lousada Rallycross Circuit in a time 0.4s faster than the M-Sport Ford pair of Elfyn Evans and Sebastien Ogier, who tied for the second-quickest time.

Kris Meeke was a full second further back in his Citroen, ahead of the Hyundais of Andreas Mikkelsen and Thierry Neuville.

Mikkelsen had run against Tanak and Neuville against Ogier as drivers went head-to-head on the stage.

Dani Sordo is currently eighth while Hayden Paddon, whose Hyundai ride normally alternates with the Spaniard, is 11th.

Jari-Matti Latvala is the last of the factory-run World Rally Cars in 13th after his Yaris stalled in a hairpin.

The Frenchman therefore still leads the world championship by 10 points.