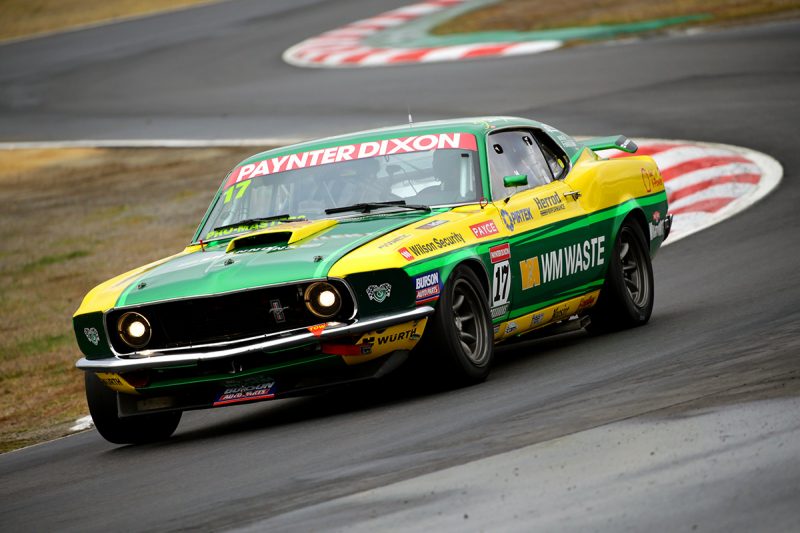 Steven Johnson has earned pole position in a wet qualifying session for Round 3 of Touring Car Masters at the Winton SuperSprint.

Johnson clocked a 1:29.0827s on his fourth timed lap, a time which stood up despite the #17 WM Waste Mustang sitting in pit lane for the final six minutes of the 20-minute session.

John Bowe will line up on the outside of the front row for Race 1 after he finished 0.6032s adrift, his #18 Wilson Security Torana breaking its exhaust during the hit-out.

“I waited at the end there just waiting to see what JB would do and if he would pull another last-ditch flyer,” said Johnson.

“I had a small lock-up on my last lap so I wanted to pit and check that out and we decided to wait.

“It was pretty dicey out there and if you put a wheel off line it was really slippery. It was a challenging session but the result in the end was pretty good.” 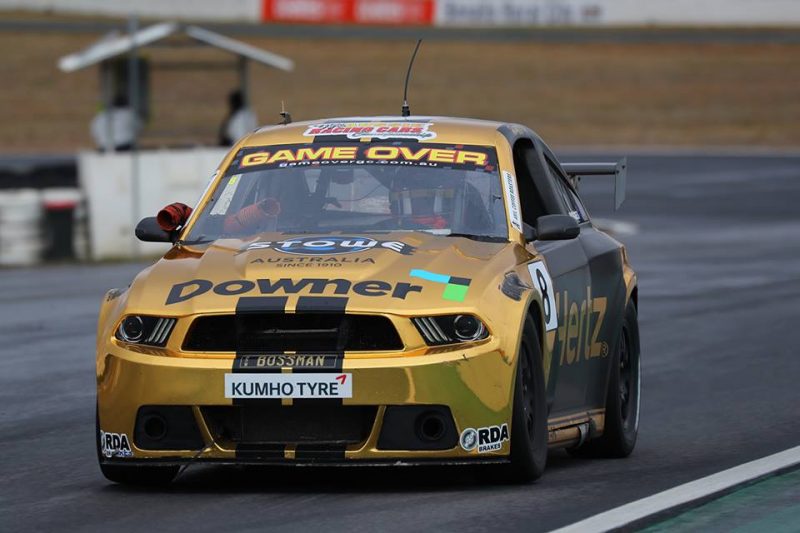 Despite spits of light rain, the track continued to dry during the 20-minute stanza, leading to some wild wings at the top of the timesheets.

Ruggier was nearly four seconds faster than the field after the first flyers with a 1:43.6387s.

When Joel Heinrich took the benchmark down to a 1:39.5313s just after halfway, Ruggier responded by going over a second faster again.

Heinrich had another spell at the top, joined by Ruggier’s Western Sydney Motorsport team-mate Blake Sciberras in the other Hertz car.

However, Ruggier twice went faster again, his best a 1:34.3737s with the chequers out.

Heinrich and Kyle Ensbey, tied with each other for second in the series, finished second and fifth respectively as both improved after separate offs at the Turn 5 sweeper.

Series leader Kel Treseder shares Row 2 with Leigh Bowler ahead of Races 1 and 2 tomorrow at 0925 and 1310. 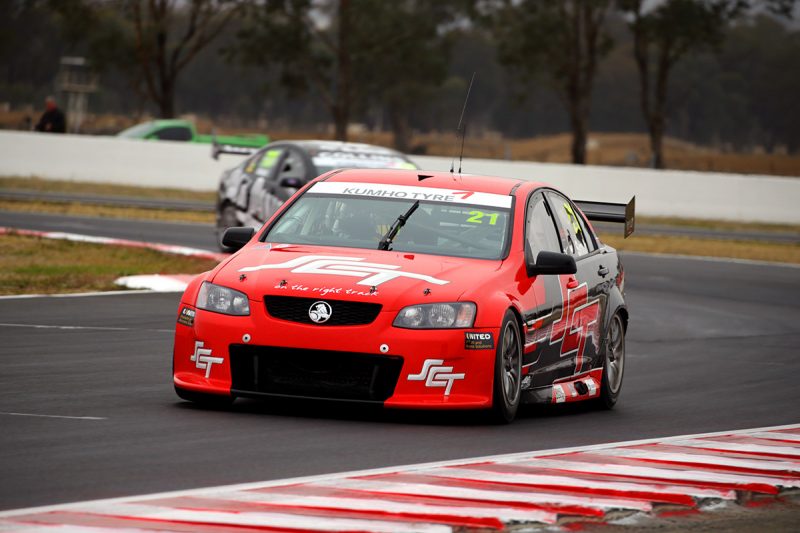 Jack Smith was quickest in both of the day’s practice sessions in V8 Touring Cars.

Practice 1 was the faster of the two rainy sessions for all drivers, with conditions worse in Practice 2.

The series leader and 2017 title winner Smith lapped the circuit at a fastest time of 1:29.9041s in the #21 Brad Jones Racing VEII Commodore.

Fellow Dunlop Super2 Series driver Jordan Boys was second-fastest on his return to the unofficial third-tier, albeit three-quarters of a second slower in the #49 Image Racing FG Falcon.