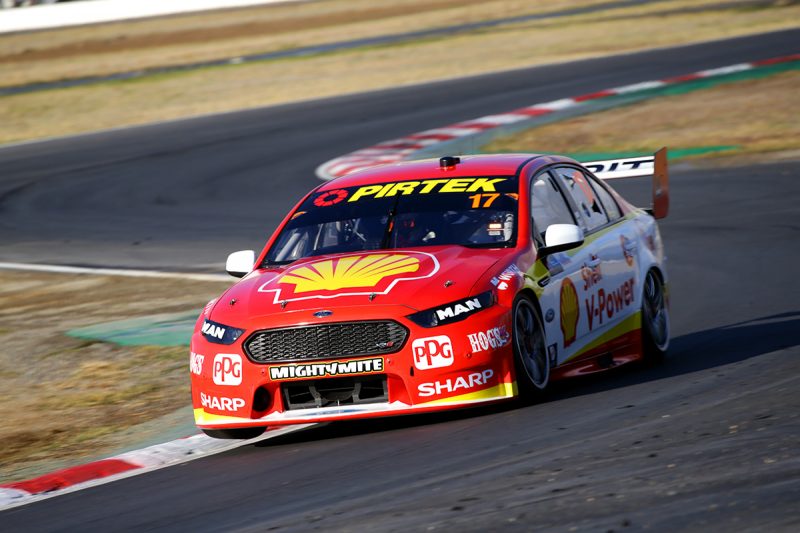 Scott McLaughlin remains upbeat despite finishing Friday practice at the Winton SuperSprint in 15th position, due to a promising race simulation.

McLaughlin ended the day 0.4189s off the pace with his fastest lap coming at the very end of the 45-minute second practice session.

However, the New Zealander achieved the lap without new tyres fitted to the #17 Shell V-Power Racing team FGX Falcon, leaving him confident of a stronger headline showing in Race 13 of the season tomorrow.

McLaughlin was also fifth-quickest in the day’s earlier all-in practice session, which was run with a track that did not dry completely prior to the chequered flag after earlier showers.

“Our race runs at the end were positive, and we were pretty good in the wet too.

“The rest of the weekend is looking like it will be dry, so we’re feeling pretty strong.

“The race run showed that the car will be really good on its tyres, and at the end there we did a pretty decent time on some old tyres.

Ironically, McLaughlin was a position higher than key championship rival Jamie Whincup, who was far less pleased having set his personal best on new tyres.

A podium finisher in both races held at Winton in 2017, Coulthard was confident after his Friday showing.

“We had a good run in the wet in first practice this morning, and it’s always good for the group to know that we can be fast in the wet,” he said.

“In that final session we spent the first part of the session bedding in some brakes, so lost a bit of time in that, but I’m definitely not unhappy.

“We’ve got some great data to look at overnight, and come back to have a crack at it tomorrow.”

The Saturday program for the Virgin Australia Supercars Championship starts with another 45-minute practice session at 1030 local time/AEST.