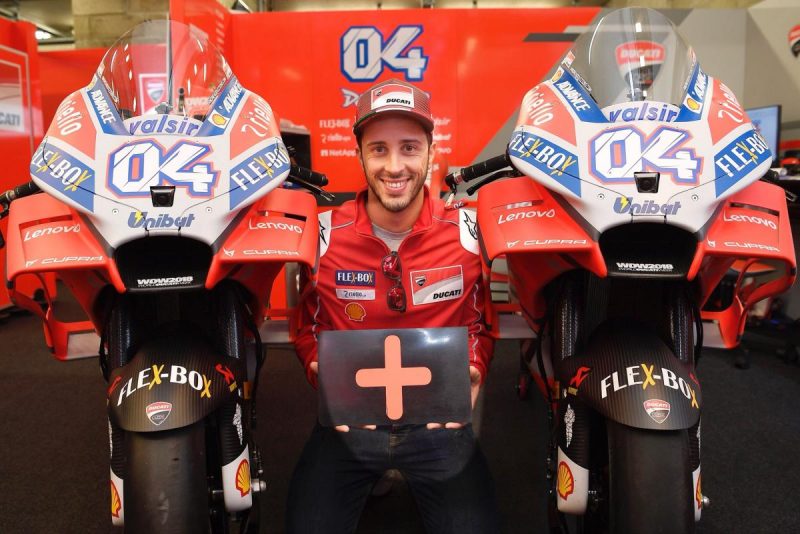 Andrea Dovizioso will remain at the factory Ducati Team for at least two more years.

The 32-year-old’s re-signing was announced during this weekend’s French MotoGP round, and takes him to 2020 with Ducati after joining the squad in 2013.

Having collected the 2009 British Grand Prix for the factory Honda team, Dovizioso have to wait until the 2016 Malaysian Grand Prix for his second premier class win and in doing so break a six-year drought for Ducati.

Last year, however, he became the first Italian to win his home MotoGP for the Italian marque and took six victories in total.

He remained a realistic chance of winning the championship all the way into the final race at Valencia before finishing runner-up to Repsol Honda’s Marc Marquez by 37 points.

Dovizioso is currently fifth in the standings with a win in Round 1 in Qatar to his name.

Current team-mate Jorge Lorenzo’s future has not yet been confirmed but the Spaniard has been linked to a move to Suzuki.

The big money Ducati recruit has managed only three podiums since defecting from Yamaha last year, but was running second before a spectacular crash which also accounted for Dovizioso and Dani Pedrosa last time out at Jerez.

Meanwhile, there have also been renewals at Suzuki and Aprilia.

Alex Rins and Aleix Espargaro respectively have signed deals which mirror that of Dovizioso, taking them to the end of 2020 with their current teams.