SuperUtes field set for Round 2 at Winton

SuperUtes field set for Round 2 at Winton 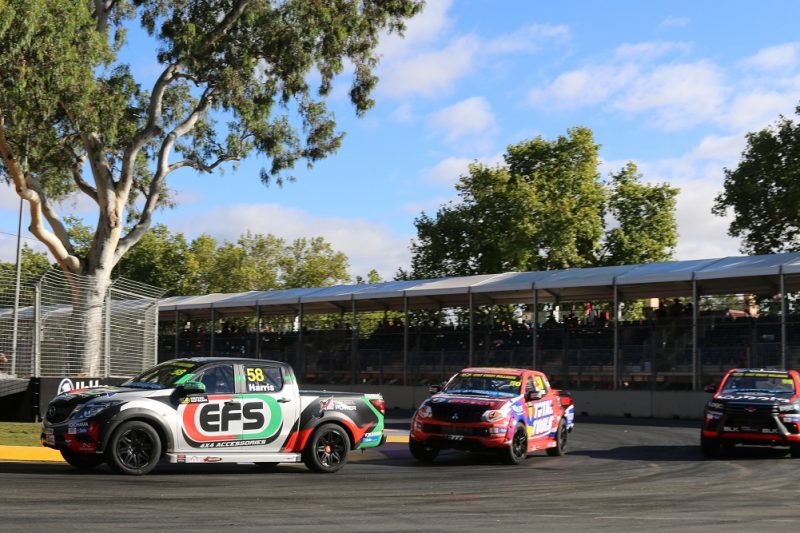 An 11-car field is set for Round 2 of the ECB SuperUtes Series at Winton Motor Raceway.

The fleet of 10 cars which were entered for the season-opener has been bolstered by the addition of Steve Wilson’s Isuzu D-Max, which had been delayed by engine development challenges.

Supercars had previously been hopeful of up to 14 entries for the second round of the series.

Category manager Kurt Sakzewski believes that the field could grow by two cars come the next round at the Watpac Townsville 400 in July.

“We’ve got a few more enquiries coming through, which is good, so we’re just working through those and we’re pretty hopeful,” he told Speedcafe.com.

“A few interested parties are keen to come on and we’re just hoping we can look a couple more of those in and if we can get two more at Townsville that’d be a great look.”

One of those interested parties is Stephen Southgate, who had been mooted as far back as November last year to be in the frame to run a Holden Colorado.

That Colorado is now with Ross Stone Racing, which runs a Colorado for itself and the Wilson D-Max, and could be on the grid in Townsville.

“His car’s sort of part-built but it’s actually sitting in Ross Stone’s workshop at the moment, stripped ready to be built up,” Sakzewski explained.

“I think he’s got other business commitments that are preoccupying his time at the moment, so he’s still committed to the program. 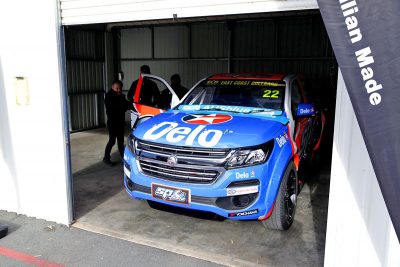 “I think there was an offer at one stage for someone else to buy it off him which he wasn’t interested in so he’s still pushing ahead.

Meanwhile, the RSR Colorado will carry backing from series partner and former Stone Brothers Racing sponsor Caltex from this weekend.

The SuperUtes will have two 20-minute practice sessions tomorrow at 0900 and 1300 local time/AEST.