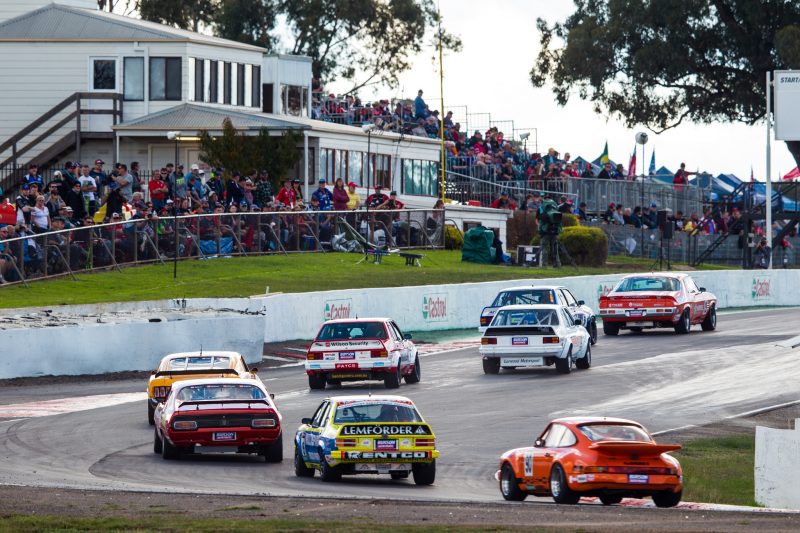 McGill made his Dunlop Super2 debut in 2001 before stepping away from the category at the end of 2015 with the intention of joining the TCM ranks.

The Sydneysider has completed a ground-up rebuild of the ex-Doug Westwood Falcon GTHO, which now sports the engine that powered John Bowe and Steven Johnson to multiple TCM race wins when it powered Mustang ‘Sally’.

“This is chapter one of a new story, were not looking to go out and break any records this early on, it is a new car, new category so for us it’s all about getting it right,” McGill said.

“We’ve got some new sponsors on board to come along with us on the ride. Lifestyle Investments and APCD Australian Personal Computer Distributors”.

“Learning from past experiences and knowing how important the engine is to the foundation of the car we’ve made a heavy investment so that in the long run we can be competitive in the Touring Car Masters.”

Damien Gambold will give the Ford XD Falcon its first Touring Car Masters appearence outside of the shared Central Muscle Cars event at Bathurst in 2016.

The car comes from New Zealand’s Central Muscle Car ranks, and will run in an Invitational class for the weekend.

Marcus Zukanovic’s XD, which has been under development since the off-season, is now expected to make its debut at Hidden Valley.

As reported by Speedcafe.com earlier this week, Queenslander Ian Woodward will drive a Chevrolet Camaro SS in the series for the remainder of the season.

Another new car is the Pro-Sport class 1972 Holden Monaro GTS of Rob Burns, a car built by the same team which produced John Bowe’s Holden Torana.

They make for a 27 car Touring Car Masters field, which will have four races over the weekend, with Practice and Qualifying set to take place on Friday.